Bringing thousands of new jobs to the bush 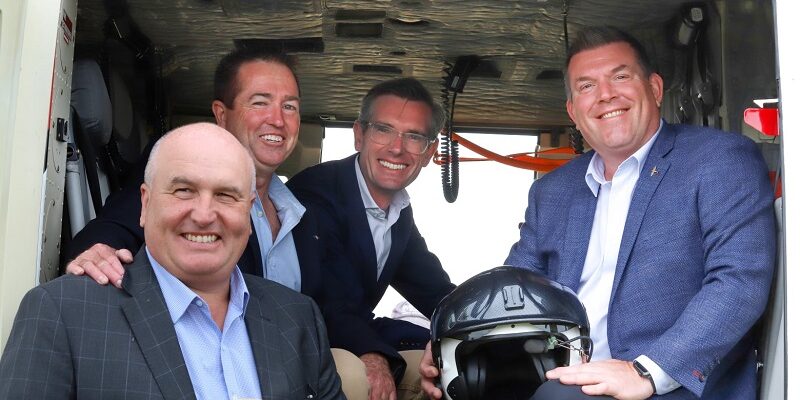 An advanced manufacturing precinct at Narromine that will create more than 250 jobs is among the latest projects to benefit from the NSW Nationals in the state government’s $130 million Regional Job Creation Fund.

An additional $55.5 million in funding had been awarded, leveraging $180.3 million in private investment across 69 projects across regional NSW as part of Round One of the Regional Job Creation Fund.

The Regional Job Creation Fund aims to create more than 6,500 new direct jobs in regional NSW over the next three years.

It provides co-funded grants between $100,000 and $10 million to fast-track projects that enable emerging industries, help businesses expand operations or provide incentives for operations to relocate to regional NSW.

“This funding will help deliver an advanced manufacturing precinct that produces everything from unmanned aerial drones to solar UV monitors that tell teachers when students should play in the shade, as well as help upskill local indigenous and youth workers through apprenticeships,” Mr Toole said.

“This will drive the creation of hundreds of new jobs right here in the Central West.”

Nationals Member for Dubbo Dugald Saunders said the establishment of Simmons Global in Narromine was a great example of what the Regional Job Creation Fund is designed to deliver.

“I’m thrilled to announce we are supporting this global company in expanding its business and creating local jobs for the Central West now and into the future,” Mr Saunders said.

“By setting businesses up for success, we’re helping them attract new customers, which means more people in work and earning a wage that they will spend in local shops, supporting our local economy.”

Simmons Global CEO and Group Technical Director David Simmons said the Regional Job Creation Fund grant is providing the company with the opportunity to get ahead, establish its factory and create jobs in regional NSW.

“Narromine is the ideal location to establish a manufacturing facility for the wide array of advanced technology devices we will produce and I would like to thank the NSW Government for supporting our group and helping us transition our manufacturing back onshore to New South Wales,” Mr Simmons said.

Other companies receiving support in the latest round include storage and production upgrades for a winery in Cudal, an innovative recycling facility in Kurri Kurri and upgrades for a family owned and operated sheet metal manufacturer in Narrabri.

Round One of the Regional Job Creation Fund has now closed and Round Two will open in early 2022.

More details on the full list of recipients as part of Round One will be announced shortly.