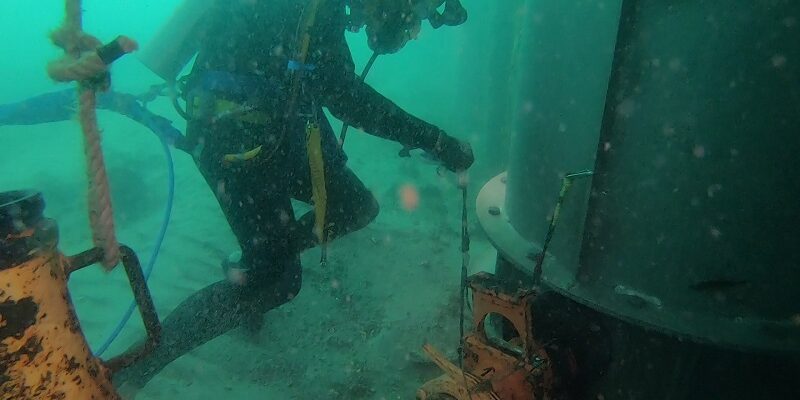 $15 million in maintenance work on Boyds Bay Bridge at Tweed Heads has been completed.

Nationals Member for Tweed Geoff Provest said work on the eight-span concrete bridge, built over Terranora Creek in 1985, started in 2018.

“About 32,000 people use Boyds Bay Bridge each day and the project was carried out with minimal inconvenience to road users and marine traffic,” Mr Provest said.

“Work was needed to strengthen the 36-year-old bridge’s concrete piles, which had become affected by saltwater corrosion and creek bed erosion due to strong tidal currents and heavy recreational waterway use.

“Transport for NSW worked extensively with designers, contractors and suppliers to develop an entirely new method to repair the damage and ensure the bridge remains in a serviceable condition well into the future.

“Crews installed reinforced concrete jackets around the bridge piles at depths between one and eight metres below the surface.

“These involved specially made steel reinforcement cages and aluminium formwork, together with an underwater concrete mix that was also specially developed for this project.

“The project team also developed special steel support frames for the pile caps, where the bridge supports connect to the deck, and managed to reduce waste by using left over concrete to reduce the amount of rock needed to protect the piles from future damage.”

Transport for NSW thanked road users for their patience while this work was completed.

More information about Boyds Bay Bridge is available at nswroads.work/boydsbaybridge.