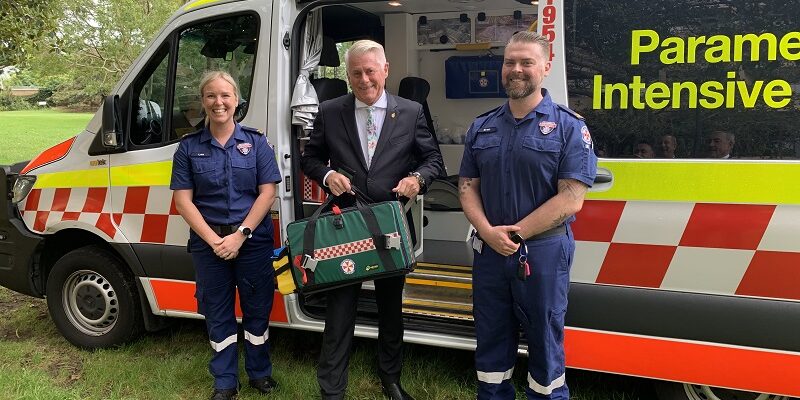 Regional communities will benefit from a new fleet of state-of-the-art intensive care ambulances thanks to an $11.7 million funding boost from the NSW Nationals in the state government.

Deputy Premier John Barilaro said the 69 intensive care ambulances will carry the most advanced equipment, including upgraded life-saving defibrillators, to bolster the frontline emergency response across the state.

“Every second counts in the race to save a life and these highly specialised vehicles give paramedics the best chance when transporting a patient on extended trips to a major regional hospital,” Mr Barilaro said.

“The NSW Nationals in the state government are building a safer and stronger regional NSW, with 50 of the 69 ambulances being based in rural and regional areas, supporting those who live hundreds of kilometres from the nearest trauma centre.”

NSW Nationals Member for Clarence Chris Gulaptis said the timing could not be better for valleys he represents, with the NSW Nationals in the state government about to begin construction of Iluka’s first-ever ambulance station.

“We also have recently delivered a new helipad at Maclean, a new ambulatory care unit at Grafton and planning money for a major upgrade of Grafton Base Hospital,” Mr Gulaptis said.

“For the North Coast to get 16 out of 69 new ambulances, which is almost as many as the whole of the Sydney Basin, shows the determination of local people and their NSW Nationals representatives to get better regional health outcomes,” Mr Provest said.

The NSW Nationals’ Ben Franklin, who represents the region in the Legislative Council, said fitting higher-tech equipment in the ambulances, including upgraded life-saving defibrillators, video laryngoscopes and mechanical CPR devices, would buy life-saving time for patients before they reached hospital emergency departments.

“In 2020-21 the NSW Nationals in the state government are investing more than $1 billion in NSW Ambulance, including $27 million for 180 new staff, the third tranche of the 2018 commitment to recruit 750 more paramedics and control centre staff over four years,” Mr Franklin said.

The new vehicles carry cutting-edge equipment and are in addition to the 35 intensive care ambulances rolled out across the state last year. There will be more than 100 of these highly-specialised ambulances in NSW, the largest fleet of this type in any state or territory in Australia.

These specially-equipped ambulances, operated by our fantastic highly trained paramedics, will give patients the best chance of survival before they reach a hospital.

In 2020-21 the NSW Nationals in the state government are investing more than $1 billion in NSW Ambulance, including $27 million for 180 new staff, the third tranche of the 2018 commitment to recruit 750 more paramedics and control centre staff over four years.