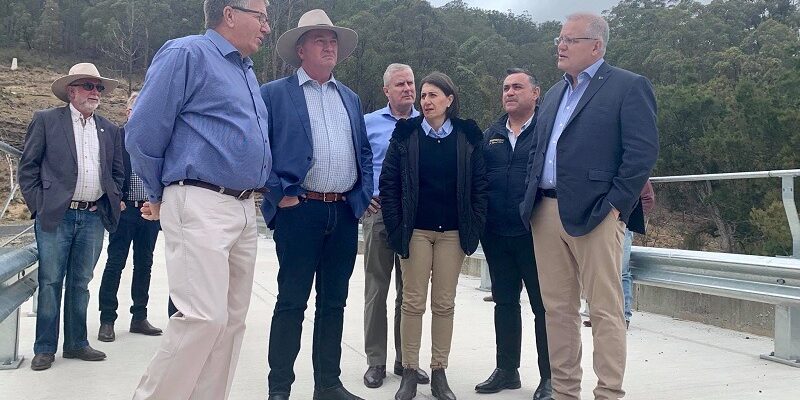 The State and Federal Nationals in Government will deliver a $1 billion water infrastructure package for rural and regional communities impacted by the devastating drought in NSW.

“We are already making significant investments in water infrastructure capital projects nationwide and this announcement signals a major acceleration of that commitment,” Mr McCormack said.

“These projects will fit into our strategic plan for improving regional water security through water infrastructure led by the National Water Grid Authority.”

Deputy Premier and Minister for Regional New South Wales John Barilaro said the NSW Nationals in Government had been getting on with building critical water infrastructure projects but this was a significant turning point to future-proof the State.

“Only last week I was pleased to officially switch on the $12.85 million Malpas Dam to Guyra pipeline in the Northern Tablelands region, a project completed on time and under budget by the NSW Government,” Mr Barilaro said.

“This partnership with the Federal Government will mean more projects, in faster time frames.”

“Our priority is to get these major projects off the ground as quickly as possible, to combat ‘day zero’ and help regional and rural communities in NSW get through this devastating drought.”

Formalised agreements between the Federal and NSW Governments outlining the timeframes will be finalised shortly.