Big Bash in Coffs thanks to Nats 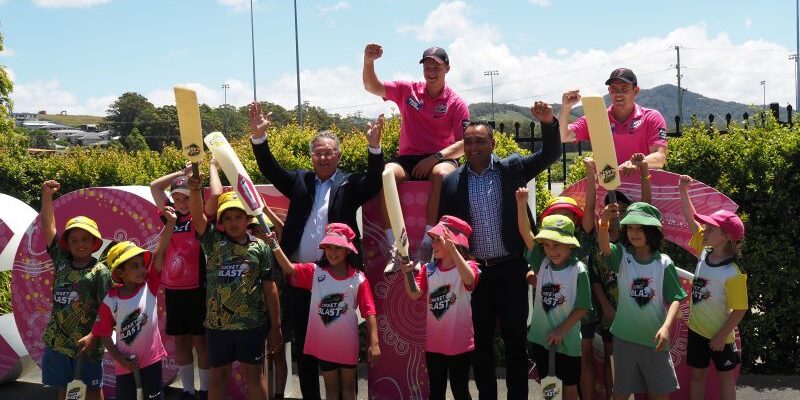 Coffs Harbour will once again play host to a Big Bash League game as the Sydney Sixers take on the Adelaide Strikers tomorrow (Tuesday, January 17) thanks to Round Two of the NSW Nationals in the state government’s Regional Events Acceleration Fund.

Nationals Member for Coffs Harbour Gurmesh Singh said a $120,000 grant for the Sydney Sixers will allow them to once again host a home Big Bash game in Coffs Harbour.

“C.ex Coffs International Stadium will again take centre stage as we welcome these elite cricket teams and the bumper crowds to watch them in action,” Mr Singh said.

“This will be the third year the Sydney Sixers have played in Coffs Harbour and it’s proven to be a highly successful event, delivering significant benefits for the Coffs Coast and local and visiting cricket fans.

“Big events like the BBL put the Coffs Coast firmly in the spotlight and they build on our reputation as a regional sporting capital.”

“We are so excited to welcome the Sixers back to the Coffs Coast. So much sport is only available in capital cities which makes us so proud that Coffs Harbour is the Sydney Sixers home away from home,” Cr Amos said.

“The Sixers have created a great relationship with the community and cricket fans of all ages – and who wouldn’t want to return and play in a facility with the quality and reputation of the C.ex Coffs International Stadium and City staff.”

“We are serious about driving investment and tourism in the regions – and the Regional Events Acceleration Fund will put more heads on beds, fill restaurants and cafés, and help drive regional NSW’s economic recovery from bushfire, floods, drought, COVID-19 and the current flooding crisis,” Mr Toole said.

“The fund has already supported more than 100 events and attracted an estimated one million visitors to the regions, laying the foundations for a strong recovery across regional NSW.

“Helping organisers host world-class events in their own backyard showcases our great regional towns to national and international audiences.”

For further information, go to: nsw.gov.au/REAFund