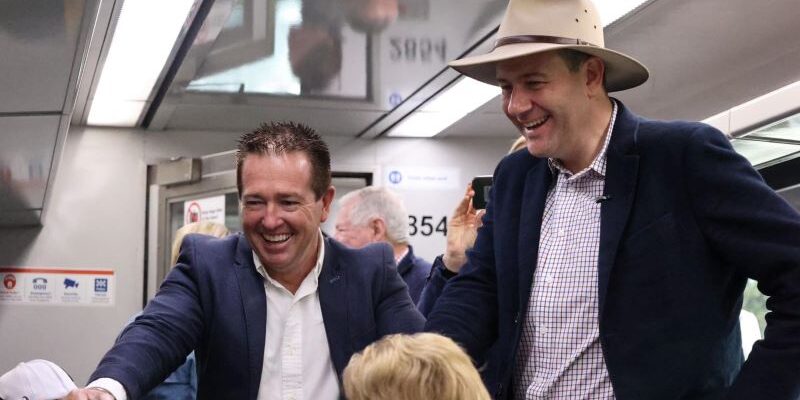 Today marks 10 years since the Bathurst Bullet train service made its first journey, transforming travel to and from Sydney.

Deputy Premier, Minister for Regional NSW and Member for Bathurst Paul Toole said it was the NSW Nationals in government who delivered the Bullet, making travel between the Central West and Sydney easier for the 24,000 commuters who use the service each year.

“The people of Bathurst fought for a daily train service to Sydney for more than a decade – and when I ran to become the Member for Bathurst I promised to make it a reality. We delivered and now we’re celebrating the Bullet’s 10th year in operation,” Mr Toole said.

“The Bullet has provided a hassle free option for people to get to Sydney for work, study and medical appointments, and return home the same day.

“In 2019, we added a second daily return service, giving customers an option for a later start in the morning and an earlier return in the evening.

“Beyond Bathurst, the NSW Government has also introduced a new weekly train service to Griffith, two extra services to Singleton, as well as thousands of new bus services across the state to better connect our regional communities.”

Nationals Minister for Regional Transport and Roads Sam Farraway said the Bullet was just one of the many ways the government is providing better services for regional communities.

“Our election commitment didn’t stop at bringing in the Bullet, we wanted to improve the service so it was more flexible for commuters,” Mr Farraway said.

“That’s why we introduced extra stops at Rydal and Tarana stations, and coach connections to and from Orange.

“Adding additional stops and connections have provided our regional customers more options to travel, allowing them to travel to Sydney and back in a single day.

“We’re securing a brighter future for families in the Central West by providing better services to make daily life easier.”

Chairman of Bathurst Rail Action John Hollis said getting the Bullet was a community effort and many people had benefitted from it.

“Irrespective of age or financial capacity everyone can use the Bullet. I honestly haven’t driven to Sydney for years since the service was introduced,” Mr Hollis said.

For more information and to book a trip on the Bathurst Bullet visit: www.transportnsw.info