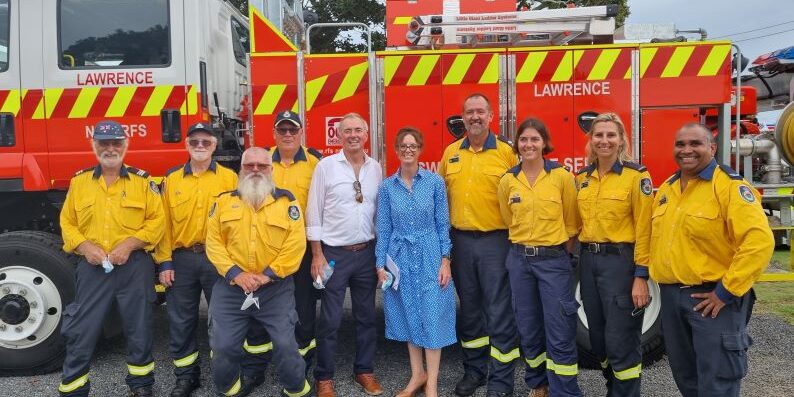 The NSW Nationals in the state government are investing $8.9 million in the Clarence Region, with a co-located Emergency Operations Centres (EOC) and Fire Control Centres (FCC) to be built in Grafton and a new Category 1 Fire Tanker going to the Lawrence RFS Brigade.

The $8.5 million Grafton facility was announced earlier this week as part of a $71.5 million investment in new EOCs / FCCs across New South Wales.

Ms Cooke said the investment would address a recommendation of the NSW Bushfire Inquiry to upgrade and co-locate a number of EOCs and FCCs across the state.

“The NSW Government is committed to ensuring our emergency services have the facilities, equipment and resources they need for their vital work to assist and protect our communities during emergencies and natural disasters,” Ms Cooke said.

“These new facilities will be used by RFS as well as other emergency services agencies to oversee the response to a range of emergencies, including fires, floods and severe storms.

“I’m also very pleased to officially hand over a new fire truck to the Lawrence Brigade, who along with their colleagues in the region, worked tirelessly during the devastating Black Summer bush fires.”

“It’s fantastic that our dedicated members will have a purpose-built facility to better protect the people of the Clarence region,” Mr Stewart said.

“I would like to take the opportunity to thank the members of Lawrence Brigade and indeed, the entire Clarence Valley District for the work they do to protect their communities.”