100 days on – flood repairs powering ahead 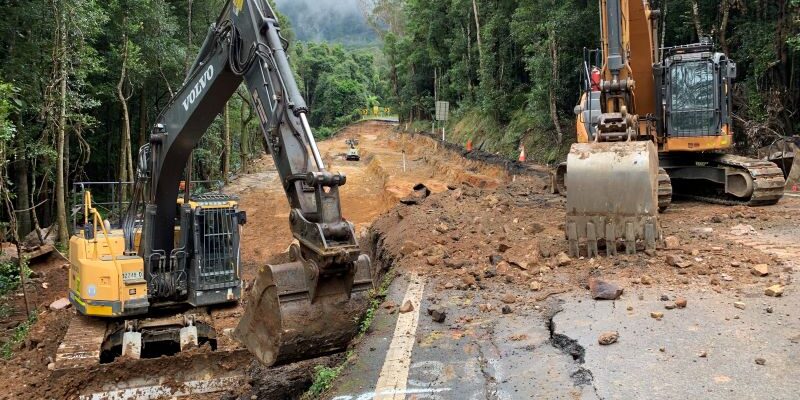 Three months after unprecedented floods devastated parts of NSW, the mammoth effort to repair regional road and rail links is powering ahead.

Nationals Minister for Regional Transport and Roads Sam Farraway said Transport for NSW crews have been working around the clock to reconnect communities since the first wave of extreme weather triggered the February-March floods.

“We know the greatest impact, especially in the state’s north, has been on residents, which is why the NSW Government has prioritised restoring access to get people’s lives back to normal as quickly as possible,” Mr Farraway said.

“Across regional NSW, 70 per cent of repairs to more than 2,100 kilometres of flood-damaged roads are now complete, and we’ve also repaired 59 of 100 damaged bridges and two-thirds of the 167 landslips that impacted roads across the state.

“Between February and May, more than 50,000 potholes were fixed and 24,000 of those were completed just in the month of April.

“The total damage bill for state, local and regional roads and rail is more than $1.4 billion so we know the rebuild won’t happen overnight – but we’re well on our way.

“Councils hardest hit by the North Coast floods were advanced $46 million in emergency funding to kick start urgent road repairs, and for the first time ever, councils can rebuild roads better than the original structure through the $312 million Regional Roads and Transport Recovery Package.”

At Macquarie Pass, around three months’ worth of work was achieved in five weeks, with additional resources poured into the project to restore the major link between the Illawarra and the Southern Highlands.

Nationals Minister for Emergency Services and Resilience and Minister for Flood Recovery Steph Cooke said rebuilding roads is a key part of the recovery process.

“The destruction across our road network is one of the most visible scars left behind by the unprecedented flooding, and restoring these access routes is a critical part of helping our flood-affected communities get back on their feet and return to some sense of normality,” Ms Cooke said.

“This is why the NSW and Commonwealth governments are working together with a $312 million Regional Roads and Transport Recovery Package, which forms part of the $3.5 billion of financial support committed to clean up, rebuild and recover.”