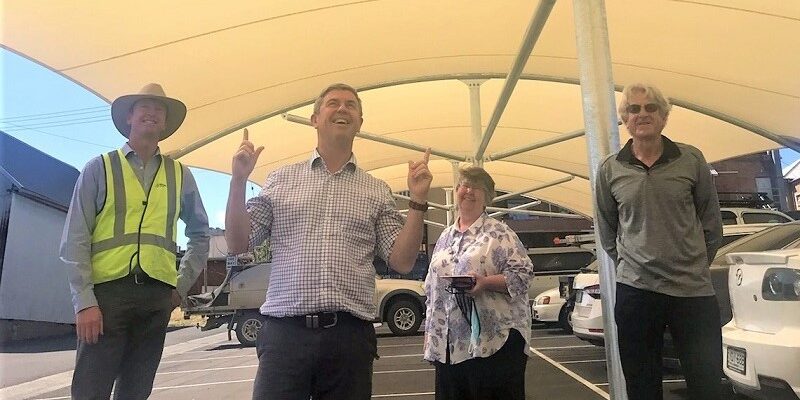 Wingham’s town centre beautification and upgrades to local parks and sporting facilities are pushing forward thanks to funding from the NSW Nationals in the federal government of almost $15 million for MidCoast community projects.

Dr Gillespie said the Wingham and Tinonee improvements were part of a strong Federal Nationals commitment to supporting the MidCoast.

‘Under the first three rounds of the Local Roads and Community Infrastructure program, we are committing $14.905-million, almost $15-million, for MidCoast communities. This is a tremendous investment in our local centres and part of a broader plan to develop the Manning Great Lakes as a regional capital,” Dr Gillespie said.

“It’s great to see Council has approved updated concept plans for the Wingham CBD at this week’s meeting. I know the local community is keen to see the beautification and parking improvements underway as soon as possible,” he said.

“They enjoy the walk along the new footpath beside the fun mural and are exploring the shops more as well. It’s a win-win because everyone who parks there, frees up the street parking for our elderly,” Ms Jarvis said.