Thousands of Murray Cod released back into the Darling 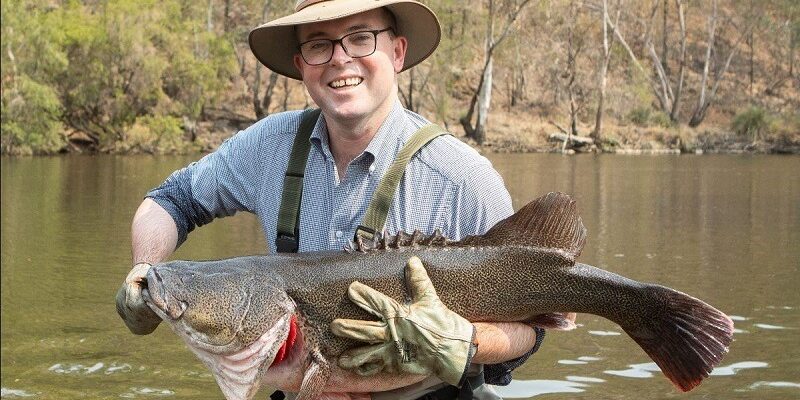 A bold rescue-and-return mission by the NSW Nationals in the state government has successfully seen more than 60,000 Murray Cod released back into the Darling River near Menindee, two years after severe drought triggered fish deaths.

The return of the Murray Cod to the waterway was part of the NSW Nationals in the state government’s ambitious plan to help restock the Darling River.

“Fast-forward to today and our virtual ‘Noah’s Ark’ has docked home, returning a massive 60,000 Murray Cod to their native river, a major milestone in our $10 million Fish Rescue Strategy,” Mr Marshall said.

“The iconic Murray Cod is particularly special to both the Menindee region and local indigenous communities, so to stand here today with key community members and First Nations representatives as these fish are returned to country is very moving.

“This is just the start of something special. These 60,000 Murray Cod are only the first of more than 400,000 fish to be stocked across the state this month alone, and we will continue breeding 2.5 million native fish species each year to keep our rivers stocked.”

Mr Marshall said the Murray Cod restocked today were the offspring of fish rescued by NSW Department of Primary Industries (DPI) Fisheries from Menindee in the sweltering summer of 2019, and more saved the following summer.

“The rescued Murray Cod were taken to the flagship fish hatchery at Narrandera, where they stayed until conditions improved,” Mr Marshall said.

“DPI has done a phenomenal job in breeding these offspring. This program ensures the survival of our fish species, no matter how severe future summers might be.”