The passing of a Nationals’ giant 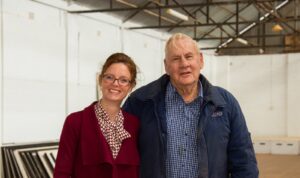 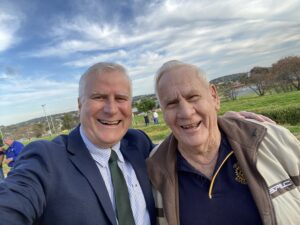 The NSW Nationals would like to express their sadness at the passing of long-time member Maurice “Mo” Simpson.

Mr Simpson, who was 89, was the vice chair of the Grenfell branch, and had been a member of the NSW Nationals since July 1970.

Mr Simpson had a long and proud involvement with the Grenfell community, including as the former Weddin Shire Council mayor.

Federal Nationals Member for Riverina Michael McCormack said while Mr Simpson had a gruff exterior, he had a heart of gold and would do anything for anyone.

“Mo was a deep thinker and a good man, and we’ll miss him greatly,” Mr McCormack said.

He said Mo loved a “bit of a stir” and you never doubted what he was thinking.

NSW Nationals Member for Cootamundra, Steph Cooke, said she was devastated at the news of Mr Simpson’s passing.

“Mo will be deeply missed by many, as he was one of those amazing people you just couldn’t help but like, as well as being heavily involved in many organisations locally, and regionally,” Ms Cooke said.

“When I first met Mo, in his role as Chair of the Cootamundra SEC (NSW Nationals), he made it clear I would have to prove my mettle. Others had forewarned me that I’d have to earn my stripes with him. He took a chance on me, and we became firm friends.

“I am so proud to have known him, and greatly valued his sound advice and perspective on all manner of issues. We send our love and prayers to his three children, David, Scott and Denise, eight grandchildren and six great-grandchildren. He will be greatly missed.”

“We can all reflect on our interaction with Mo as being memorable. He is a man that I have a tremendous regard for as a straight shooter and a man who cares deeply about rural and regional communities, and associated issues,” Mr Firman said.

The thoughts and prayers of The Nationals’ family go to Mr Simpson’s family at this sad time.