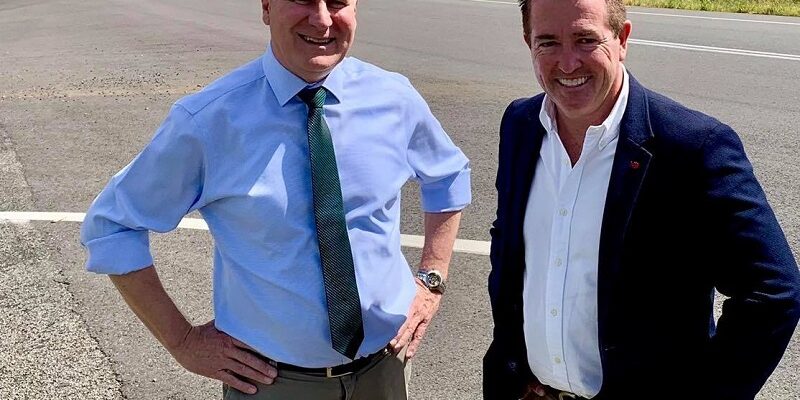 Major work on the Parkes Bypass is a step closer with tenders called for a major construction partner to build the $187.2 million project, jointly funded by the NSW Nationals in the state and federal governments.

Deputy Prime Minister and Nationals leader Michael McCormack said the call for tenders would be open for eight weeks to allow the best proposals to come forward.

“We know how important this bypass will be for the community at Parkes and for the thousands of vehicles that travel along the Newell Highway everyday – that is why the NSW Nationals in the federal government have committed $149.7 million,” Mr McCormack said.

“Building a new 10.5-kilometre road, between Maguire Road to the north and Barkers Road to the south, will remove more than 1200 heavy vehicles and other through traffic from the centre of Parkes each day.

“It will be a game-changer for the region and today it is one step closer to being delivered.

“The NSW Nationals in the federal government continue to roll out these types of major projects across the nation under our record $110 billion infrastructure investment plan, which is laying the foundations for economic recovery from the global pandemic.”

NSW Nationals Minister for Regional Transport and Roads Paul Toole said in addition to the main contract, an information session will be held for local contractors and suppliers, to allow them to meet the prospective tenderers and start building opportunities for local employment.

“We want to ensure the community is benefitting from the project before a single vehicle uses the bypass by linking local businesses employing qualified tradespeople with this game-changing road project,” Mr Toole said.

“When we invest in these massive infrastructure projects, our aim is to make sure that we are creating local jobs and local opportunities so the communities see the benefits sooner.

“The Parkes Bypass is not only going to deliver safer and better journeys for motorists on the Newell Highway, it’s also going to inject millions in economic activity into Parkes, helping to build a safer and stronger region.”

A mandatory pre-tender meeting for all interested tenderers, including a site inspection, will be held on Tuesday, April 20 at the Parkes Golf Club from 9am.

The community will continue to be kept informed as the project progresses.

The successful head contractor for the main construction contract is expected to be announced following this process with work set to start before the end of the year.

For more information on the project visit nswroads.work/parkesupgrade. Tender documents can be downloaded from www.tenders.nsw.gov.au/rms.