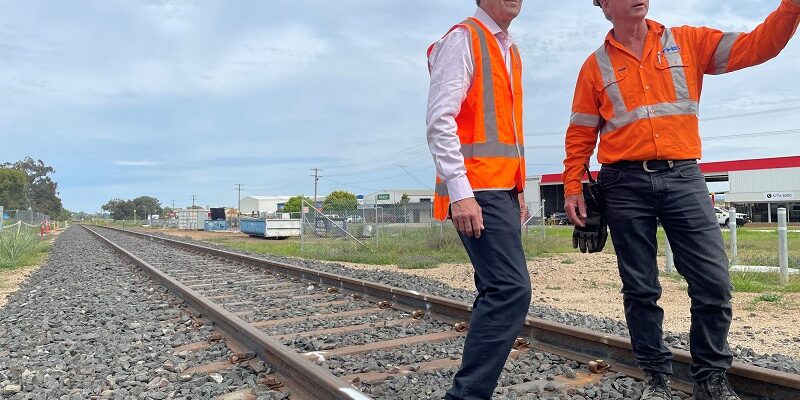 Work to reactivate five kilometres of non-operational rail line between West Tamworth and Westdale has crossed the finish line, supporting the development of an intermodal rail facility to deliver more efficient freight journeys to the state’s major port.

Deputy Premier and Minister for Regional Transport and Roads Paul Toole said the completion of the $35 million rail line project puts the Tamworth intermodal rail hub on track for delivery next year to better connect local producers and businesses to the world.

“The NSW Government is investing in projects like this across the State’s rail freight network to increase capacity, secure reliable freight movement, and meet future freight demand.

“Inland intermodals are an integral part of moving freight throughout NSW by providing a delivery point load breakdown services and an interface for road to rail integration.”

Nationals Member for Tamworth Kevin Anderson said work to complete the upgrade provided more than 100 regional jobs over the past 12 months.

“This is a big win for freight rail users in northwest NSW, who can now look forward to their produce being moved more conveniently to port from the second half of next year.”

Tamworth Regional Council has selected Qube Logistics to build and operate the intermodal terminal, and work is expected to start in January.