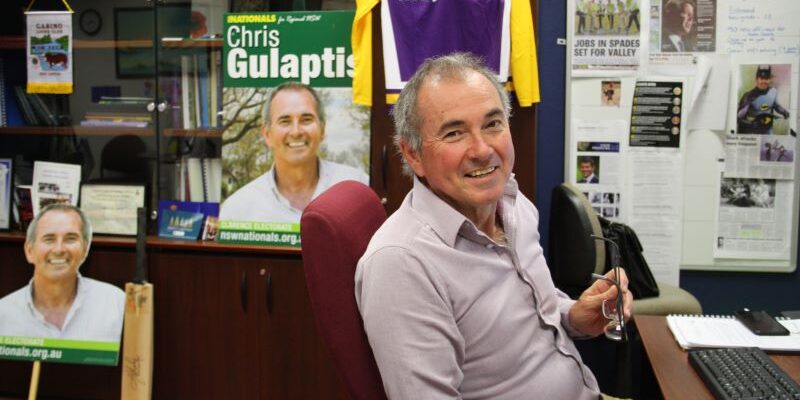 I have made the exceptionally difficult decision not to seek re-election for the seat of Clarence at the next State election in March 2023.

I have had the incredible privilege of serving the Clarence electorate as a Nationals MP for almost 11 years. I have served under four Premiers and four leaders of the NSW Nationals in a Liberals/Nationals Government that has made a ‘once in a generation’ investment in regional NSW. It has been an absolute honour to serve both as the local MP and as a Parliamentary Secretary in a Government that has been so focussed on improving the lives of the people in regional NSW.

I have given everything I have to this role – my heart, my energy my passion – and whilst there have been some turbulent times, I have loved every minute of it. That said, I feel now is the right time to retire. Now is the time for renewal and for someone else to take my place.

I want to take this opportunity to thank the people of the Clarence electorate who put their faith in me and elected me three times to be their voice in the NSW Parliament. You have been my driving force and have inspired me to serve you every day and for that I will be eternally grateful.

We have achieved so much together with significant upgrades to our ageing infrastructure, to protecting our natural environment and most importantly to improving the lives of our people. Together, we also made it through the challenges of the COVID-19 pandemic and supported each other through times of unprecedented natural disasters. Funding has also been increased for domestic violence, mental health, police and support and for our homelessness services.

I owe a debt of deep gratitude to all the people who supported me in the role. It has been a team effort.

I am deeply grateful to the NSW National Party, the local Clarence State Electorate Council along with every member and supporter of the party for the trust they placed in me.

I thank my family – my wife, Vicki and boys Leon and Jarrad – who have always provided me with unconditional love and support while serving in the role.

I express my deep gratitude to my loyal and dedicated electorate office staff, Debbie, Janet and Greg who have provided unwavering support to me in my role from the very beginning, along with my appreciation to my Parliamentary colleagues and the public servants with whom I have worked.

I am very optimistic about the future of this great State under the Liberal/ Nationals Government and leadership of Dom Perrottet as Premier and Nationals Leader Paul Toole as his Deputy. I truly believe that NSW is a place where every person, irrespective of their background and circumstances, has the best opportunities to live, work and raise a family.

I will continue to serve out my term as the Nationals MP for Clarence and as Parliamentary Secretary for Agriculture and Forestry in the lead up to the 2023 State Election, and will work tirelessly to support the re-election of the Perrottet-Toole Government and the next Nationals candidate for Clarence.

Thank you again for giving me the honour of serving you.