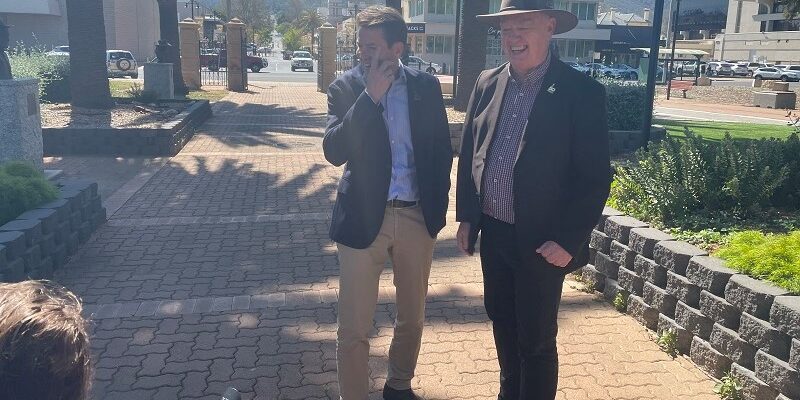 Tamworth will shine bright again next January when country music stars and fans roll back into town for 10 days of festival fun, thanks to a $150,000 grant from the NSW Nationals in the state government’s Regional Events Acceleration Fund.

Deputy Premier and Minister for Regional NSW John Barilaro said the government funding will help support the long-awaited return of the Tamworth Country Music Festival and its event program, including a bigger Stars Under the Stars series.

“Celebrating its 50th year, the Tamworth Country Music Festival is considered one of the world’s top music events and the 2022 line-up is set to include an incredible 2,000 shows featuring 700 artists in 80 venues from 14-23 January 2022,” Mr Barilaro said.

“Traditionally The Stars Under the Stars concerts showcase young performers and emerging musicians, but the new format will see some of our best country music stars join them on stage, helping to shine a spotlight on their talent and the region.

“The Stars Under the Stars concerts will be held in Bicentennial Park, the biggest outdoor venue in the city, which will help draw larger audiences into the CBD and encourage visitors to experience Tamworth in different and new ways.”

Among the big names set to perform for free as part of the Stars Under the Stars series will be 12-time Golden Guitar winner Adam Brand and multi award-winning series-songwriter Travis Collins, with more big stars set to be announced in the coming months.

Nationals Member for Tamworth Kevin Anderson said the government funding has been vital in supporting the return of the 2022 Tamworth Country Music Festival after it was cancelled in 2021 due to COVID-19.

“When the decision was made to cancel the 2021 Tamworth Country Music Festival, I spoke in parliament of the need for the NSW Government to support Tamworth and to protect the future of the Festival,” Mr Anderson said.

“It’s fantastic that the NSW Government is now helping the festival to re-launch with a bigger and better event program and the Tamworth community is looking forward to welcoming back visitors with open arms.”

“We’re thankful for the State Government’s support of the 50th anniversary of the Country Music Festival,” Mr Harley said.

“The live music industry has done it extremely tough over the last 18 months, and this funding will allow us to bring more than 100 live music acts to the Festival to perform in Toyota Park in January 2022.”

For further information, including program guidelines and eligibility criteria, go to www.nsw.gov.au/REAFund.