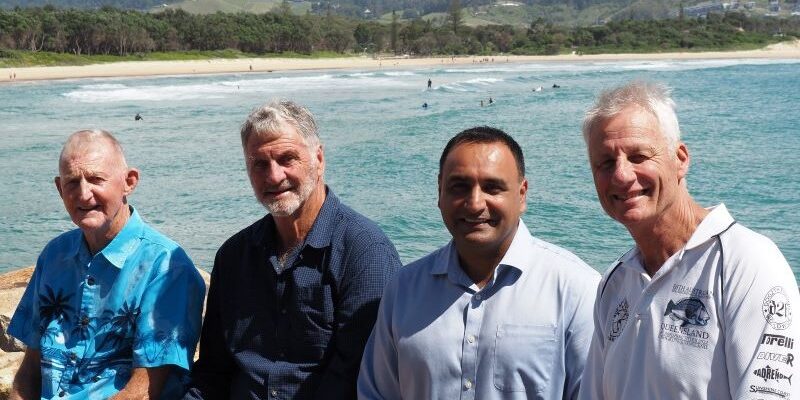 Nationals Member for Coffs Harbour Gurmesh Singh says the new reef is expected to be complete by mid-2024 for all to enjoy.

“I’m delighted the NSW Government is providing this fantastic purpose-built underwater structure to our community which is so passionate about its fishing,” Mr Singh said.

“The reef will not only attract key fish species for recreational anglers but will play a huge role in increasing the productivity of our marine life and boosting local tourism.

“It will also be specially designed to withstand a one-in-100-year storm event meaning it will be around for generations of anglers to use into the future.”

A number of factors were considered in the selection process including fisher support, availability of nearby natural reef, and distance from other offshore artificial reefs.

In 2021, almost 1,200 EOI submissions were received from the recreational fishing community.

Coffs Harbour is the latest region chosen through the EOI process after Forster, the Central Coast, and most recently Ballina.

Previous examples have shown diverse fish populations are drawn to the reef, making it their new habitat in just a few short years.

NSW Department of Primary Industries will now undertake further detailed assessments and consultation to determine the most suitable location within the Coffs region for the reef to be placed.