Sorting out the bad seeds 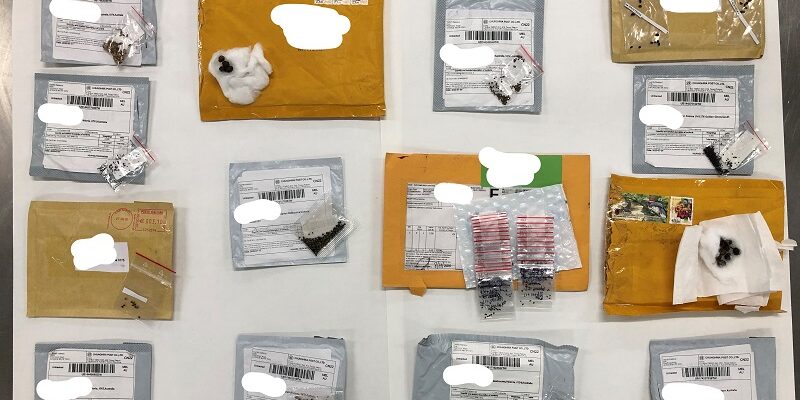 This year eBay has blocked more than 18,000 attempts by overseas traders looking to sell unidentified seeds and live plants to Australians.

With support from the Department of Agriculture, Water and the Environment, eBay aims to prevent the potential purchase of regulated plant material that bypasses biosecurity requirements and poses high biosecurity risks for agriculture and the environment.

Implemented in July this year, the mission complements the department’s recently-adopted, zero-tolerance stance on unidentified seeds sent to Australia in the mail.

DAWE Head of Biosecurity Andrew Tongue said importing unidentified seeds in the mail enables destructive pests, diseases and weeds to enter Australia which potentially held serious economic and environmental consequences if they became established in our agricultural or natural environments.

“We know some non-compliant importers try to game the system by purchasing seeds online from ecommerce platforms such as Wish, eBay, Amazon, Alibaba etc to increase the chance of the seeds bypassing biosecurity intervention,” Mr Tongue said.

“But we are on to them. And eBay has shown its willingness to assist in reducing the risks associated with unregulated online purchasing.

“People may not understand advertised prices are not a reflection of the total purchase costs of buying seeds and plants from overseas.

“For example, take a cactus advertised online for $15. If they’re even permitted into Australia at all, the buyer will also need an import permit and a phytosanitary certificate, labelled with the full botanical name.

“It is then inspected by biosecurity officers on arrival and screened for diseases at a quarantine facility for months before being released from biosecurity control. All of this is at cost to the buyer; a very expensive impulse buy.”