Sky’s the limit for flood recovery 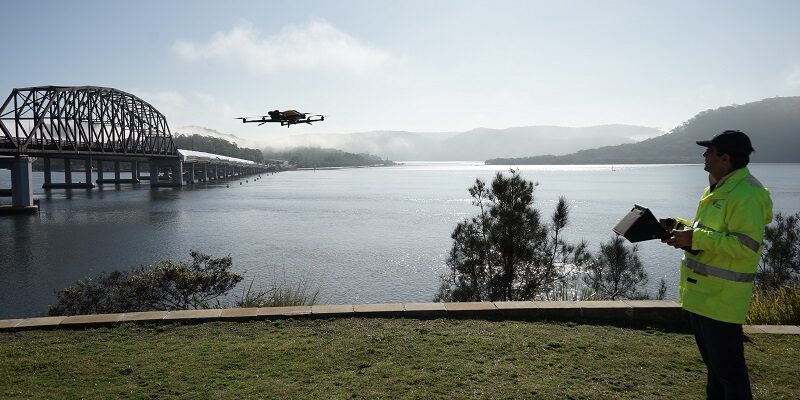 Deputy Premier John Barilaro said data gathered by drones was providing a clear picture of the massive amount of soil and debris that needed to be removed and helped in developing plans to do it safely.

“Our drones have allowed us to get a flying start on understanding exactly what damage has been done so our engineers can work out what is required to fix it – from how many tonnes of rock and debris need to be removed to the data we need to build 3D modelling of the slopes affected,” Mr Barilaro said.

“Best of all, they can take images from multiple angles without putting workers’ safety at risk.

“The sky really is the limit for how useful this technology can be in helping us find temporary solutions to re-open disaster affected roads and designing the permanent solutions needed to rebuild.”

“Drones are playing a critical role in our efforts to restore access on key roads like the Oxley as quickly as possible, allowing us to get a close-up view of the damage well before it was safe to send crews into these areas,” Mr Toole said.

“Access is still dangerous and difficult in many areas where we’ve seen these landslides but drones have meant we can determine the full extent of damage that can’t be seen from the road.”

Drones are also being used for other transport-related work including routine maintenance and planning for infrastructure projects.