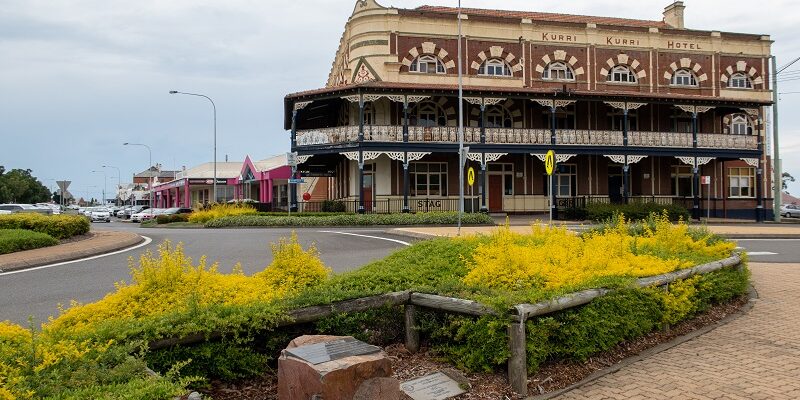 Work to deliver $50 million worth of projects and programs that improve the lives of people in mining communities across regional NSW will soon get underway, thanks the NSW Nationals in the state government’s Resources for Regions program.

Deputy Premier and Minister for Regional NSW John Barilaro announced 84 projects in 24 mining-related Local Government Areas will be funded by Resources for Regions round seven.

“I listened to the needs of mining communities and organisations and took action and the revamped program is funding a broader range of projects and ensures all mining-affected towns are guaranteed a fairer share of funding,” Mr Barilaro said.

“These 84 projects will make a real difference to mining communities and there is even more to come, with confirmation in the recent NSW Budget that $75 million will be available for new projects through Resources for Regions round eight in 2021.”

Win for the Hunter

“This funding is great news for our local councils and organisations in the Upper Hunter electorate, and the wider Hunter region, and it will go far to support local infrastructure projects from health, water, roads, education and tourism,” Mr Johnsen said.

“I know from our local councils and communities that the funding from Resources for Regions program is greatly appreciated.

“This important program, which was created by the NSW Nationals in the state government, is an example of what is available to all communities in local government areas outside the Sydney metropolitan area that are related to mining.”

Record of delivering for the regions

Mr Barilaro said Resources for Regions rounds one through seven have delivered 149 projects worth $345 million since 2012.

Under the revised round seven, 24 councils were allocated a base amount of $1 million, with a further $26 million weighted to the communities most impacted by mining.

“Every year our mining towns make a significant contribution to the NSW economy, but we recognise that this success can put extra pressure on local infrastructure,” Mr Barilaro said.

“From roads across the Hunter and Central West, to upgrades to airports at Cobar and Narrabri, this program has made a real difference to the lives of people in mining communities, but there’s still plenty more to do.

“I’m thrilled to see these projects get underway. They will not only help create new jobs and drive economic growth, but also deliver lifestyle improvements and enrich the wellbeing of communities for generations to come.”

Resources for Regions round seven is part of the $2 billion Regional Growth Fund, designed to support growing regional centres, activate local economies and improve services and social and sporting infrastructure for regional communities.

For further information, go to http://www.nsw.gov.au/resourcesforregions.