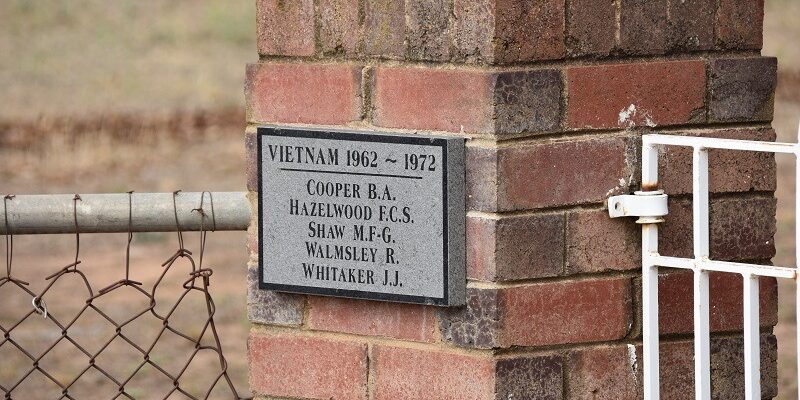 The community has paused to remember the Australian lives lost in the Vietnam War 54 years ago.

The Battle of Long Tan was a significant battle and its anniversary now serves as a commemoration of all Australian soldiers who fought in the war.

Australians have not always remembered and recognised Vietnam Veterans in the way they deserve, so it’s vital we all pause and reflect on their service and on momentous events like the Battle of Long Tan.

This battle was the first significant action for Australia during the war. In the middle of a monsoonal downpour in the rubber plantations our troops prevailed despite being severely outnumbered with just over 100 soldiers up against 2000 Viet Cong and North Vietnamese soldiers. Once again Australian soldiers and our Kiwi cousins came together and embodied the Anzac spirit established by their fathers and grandfathers; that of courage, mateship, endurance and sacrifice.

In total 18 Australians were killed and another 24 were wounded during the Battle of Long Tan.

Enormous sacrifices were made throughout the war that engaged our nation from 1962 to 1975, and at that time, it was the longest conflict in Australia’s military history.

The courage and resilience of our servicemen and women was incredible. They were pushed to their limits and put their lives on the line.

We remember the ultimate sacrifice of those who didn’t come home, those who were injured and the family and loved ones they left behind. We recognise their immense efforts to give us the freedom we have today.