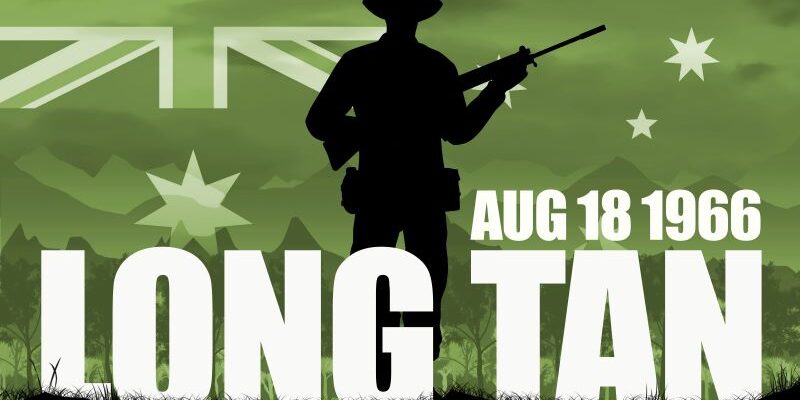 Today, on the anniversary of the Battle of Long Tan, we honour those brave Australians who either lost their lives or returned home and still carry the scars of this conflict.

The Vietnam War was Australia’s longest conflict of the 20th Century.

Our participation in the war was formally declared at an end when the Governor-General issued a proclamation on January 11, 1973. The only combat troops remaining in Vietnam were a platoon guarding the Australian embassy in Saigon. That platoon was withdrawn in June 1973.

Over 60,000 Australians served in the Vietnam War, including more than 15,000 National Servicemen.

521 Australians lost their lives and more than 3,000 were wounded.

While August 18 is commemorated each year as Vietnam Veterans’ Day, it is also the anniversary of the Battle of Long Tan – Australia’s costliest battle of the war.

17 Australians were killed in action and 25 more were wounded, with one of the wounded later dying of his injuries. It was the highest number of Australian casualties in any one engagement of the Vietnam War.

The losses on the Vietnamese side were at least 245 dead, an estimated 350 wounded, and three captured.

To all those who served in Vietnam, we thank you for your service.

If anyone in the ex-service community needs a hand, an organisation called Open-Arms was founded by Vietnam Veterans, and is available for all veterans who need a hand.