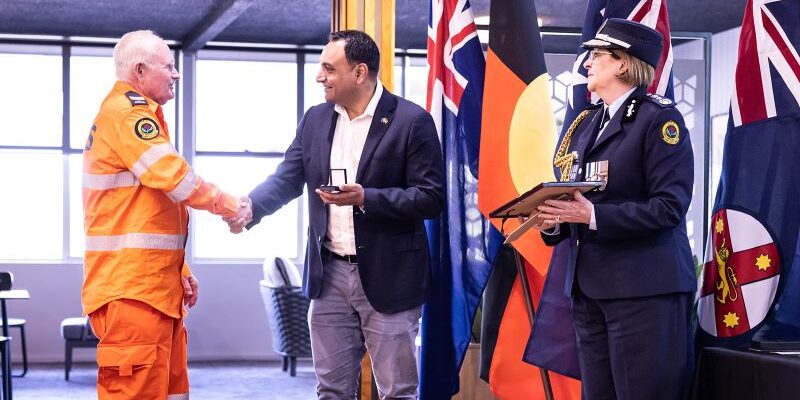 SES volunteers have been recognised for their selfless and ongoing service to the NSW State Emergency Service at an awards ceremony at Coffs Harbour Golf Club.

Nationals Member for Coffs Harbour Gurmesh Singh said the 15 award recipients have collectively contributed more than 100 years of service to the community.

Local units were also presented with the Commissioner’s Certificate of Recognition for the significant floods across eastern NSW in March 2021.

“It’s an honour to present these awards to the dedicated volunteers who have given so much over the past few years of disaster after disaster,” Mr Singh said.

“It always brings me great pleasure to acknowledge and celebrate the outstanding work volunteers undertake in our local community, with the Coffs Coast SES Units being recognised.”

“The last 12 months has been incredibly busy for the SES, with significant flooding and a third La Nina season,” Commissioner York said.

“I extend my thanks to all members for their invaluable commitment to communities across the State.”

Ian Christianson and Jill Gill also received SES Life Memberships; an honour reserved for those who have made an outstanding contribution to the SES over an extended period.

The SES Long Service awards were presented to volunteers with service ranging between five and 25 years.