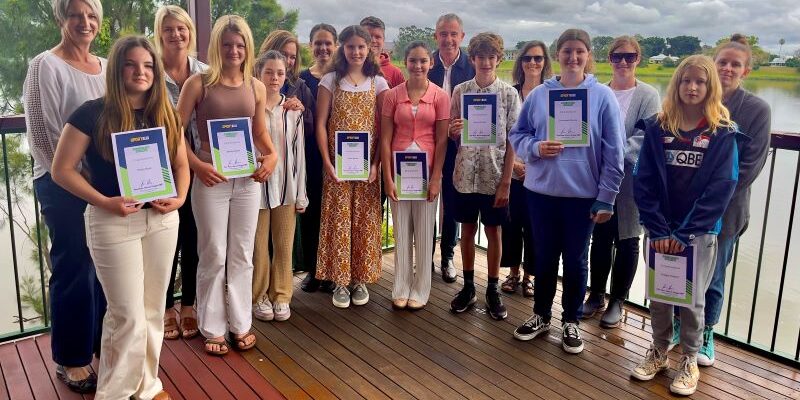 Federal Nationals Member for Page Kevin Hogan is making sure that 29 young Clarence Valley Sporting Champions are given every opportunity to follow their dreams.

“Those who received the Awards have excelled themselves representing the Clarence Valley on the national and state stage,” Mr Hogan said.

“The Local Sporting Champions program provides financial assistance to young people aged between 12 and 18 years to compete, coach or umpire in their chosen sport.

“The Clarence Valley has produced some outstanding sportspeople in the past, and it is important that we support the next crop of our local sporting talent.

“Unfortunately succeeding in sport doesn’t just take talent and determination – parents also often have to put their hands in their pockets to get their children to competitions. I’m very pleased to be able to help these families with financial support through these grants.”

Mr Hogan said sport is important in the development of young people, teaching them life-long skills like teamwork, keeping them fit and healthy, and allowing them to excel in something they love and enjoy.

“I encourage any budding champions out there who have the opportunity of competing at a state, national or international event to apply for a grant by contacting my office or checking out the website ausport.gov.au,” Mr Hogan said.

In alphabetical order, our latest Clarence Valley Sporting Champions are: