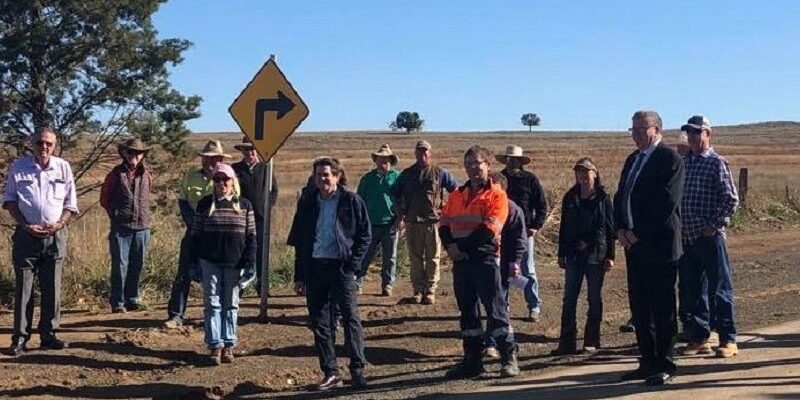 Member for Tamworth Kevin Anderson said the NSW Nationals in the state government were delivering on their election commitment with $9 million to upgrade and seal the remaining 19-kilometre section of Rangari Road on the back of community feedback.

“I went to the last election promising more than $8 million to seal and upgrade Rangari Road and now we’re delivering on it – and it’s great news for the community ” Mr Anderson said.

“Anyone who drives that road knows how desperately in need of repair it is, which is why the work to begin sealing and upgrading the road will make a huge difference to the lives of locals who use it every day. I’ve had many people contact me about the need to upgrade this road.

“Tamworth Regional Council and Gunnedah Shire Council have agreed to work together to get shovels in the ground as soon as possible, and with this funding injection from the NSW Nationals in the state government, the community is going to see the work they were promised very soon.”

Minister for Regional Transport and Roads Paul Toole said the NSW Nationals in the state government were making an unprecedented investment in regional roads.

“This is about delivering the roads and infrastructure that make a real difference to the everyday lives of locals,” Mr Toole said.

“Roads like Rangari Road that will mean smoother, safer trips between Manilla and Boggabri and Kelvin Road which is receiving a $4 million boost as part of our Fixing Local Roads program.

“Coming at this critical time, the funding will also stimulate the local economy, help support local jobs and generate income for local suppliers, which is a big win for the community.”