“Proudest day of my professional life” 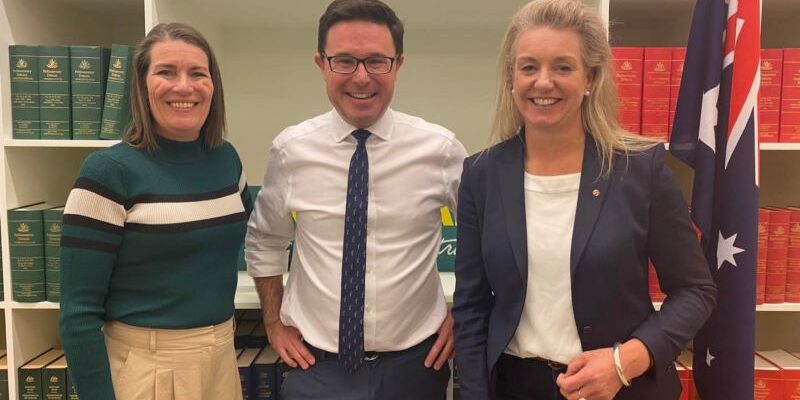 Queensland M.P David Littleproud has been elected the new leader of The Nationals.

Bridget McKenzie has been re-elected the Nats’ Senate leader.

David Littleproud was born and raised at Chinchilla in Queensland. For 20 years he owned a small business in Warwick and worked in agribusiness before being elected as the LNP Member for Maranoa in the 2016 Federal Election. David was re-elected in 2019 and again this month.

Mr Littleproud said this is the proudest day of his professional life.

“I effectively became a member of The Nationals 40 years ago as a 6 year old boy handing out for my father in Chinchilla in a state election,” he said.

Mr Littleproud said his job is to protect rural and regional Australia.

“We bring the common sense to this place. We don’t believe we have to mandate. We can incentivise and encourage, and I believe farmers should be at the centre of that,” he said.

Mr Littleproud said the National Party today starts its journey towards 2025, with a vibrant team, ready to articulate the policies that are important to regional and rural Australia.

He said he also planned to draw on the experience of two former leaders – former Deputy Prime Ministers Barnaby Joyce and Michael McCormack – to build what he described as “that bridge of unity and purpose, to make sure that regional and rural Australia isn’t forgotten here.”

Senator Davey said The Nationals would “hold the new government to account and make sure they don’t forget the regions.”

Mr Littleproud said the next election would be won in the “sensible centre.”

“They need us. We need to work together. A sensible centre is where you win elections, not chasing extremities down rabbit holes.”

“They have a mighty task ahead of them and I will give them all the support I can,” he said.

“I suppose you think I am sad. Not really,” Mr Joyce said.

“Now, I have a chance to get back to my second greatest love, after my family, and that is my beloved people of New England, where I will have more time to get around my electorate and to be a person of service to them.

On behalf of the NSW Nationals, we would like to give our deepest thanks to Barnaby for all his efforts and hard work in fighting for the people of rural and regional Australia.

Your efforts are truly appreciated.