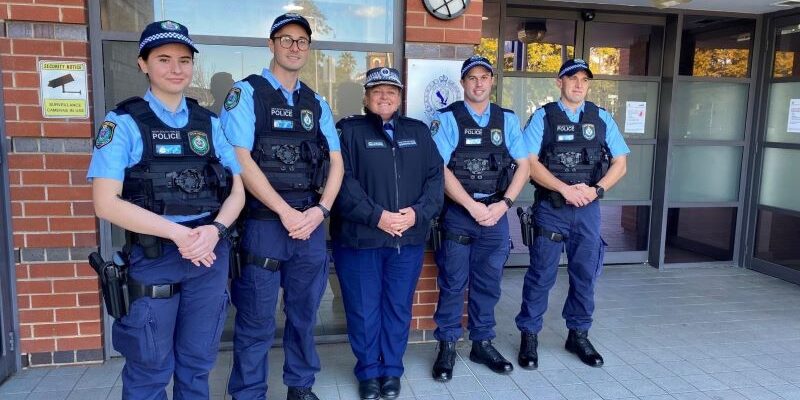 Five new probationary constables have commenced duties in the Oxley Police District after they were attested at a formal ceremony at the Goulburn Police Academy.

Nationals Member for Tamworth Kevin Anderson welcomed the new police to Tamworth after they reported to their stations within the district.

Mr Anderson said probationary constables play an important role within our police district, doing a wide range of jobs including responding to domestic issues, motor vehicle accidents, stealing offences, and many other incidents.

“We welcome these five new constables to our district who will be partnered with a Field Training and Assessment Officer for the first couple of months to ensure they are supported as they start their new role,” Mr Anderson said.

“The 200 students of Class 353 have committed themselves to eight months of training at the Police Academy and should be acknowledged for their achievements,” Mr Toole said.

“Our current police officers across the state will welcome the new probationary constables over the coming weeks as they join the beat in regional, rural and metro communities.

“The NSW Government is proud to offer its continued support to the NSW Police Force as we strive to keep the people of NSW safe.”

In 2019 the NSW Government announced a record investment in police, with an additional 1500 officers over four years, and committed $60 million to upgrade the Goulburn Police Academy.

Class 353 includes 134 men and 66 women from all ages, backgrounds and regions across the state and country.

“Three of our recruits will be based in Tamworth, one in Gunnedah, and one at Narrabri and I know our communities warmly welcome our new recruits,” Mr Anderson added.