Off and racing in Coffs 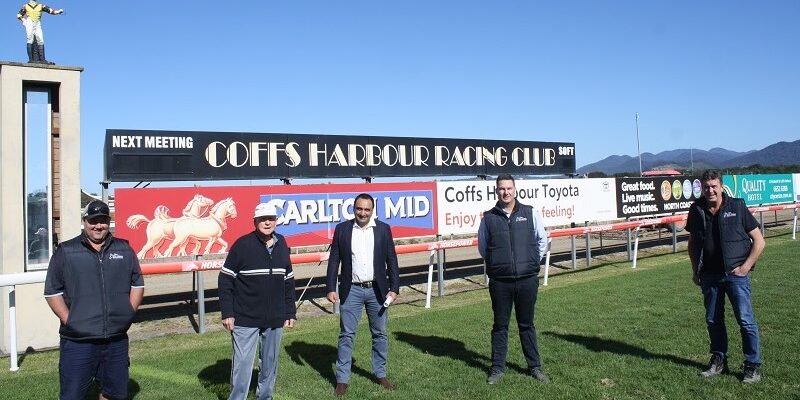 Mr Singh said the funds, which will deliver an upgrade of the irrigation system to automated and in-ground water tanks, will provide better facilities for trainers and jockeys, racegoers, and most importantly, the horses.

“Coffs Harbour is the home of premium country racing and our local track hosts 16 meets throughout the year, so it’s crucial we have access to the best racing facilities,” Mr Singh said.

“Coffs Harbour Racing Club has a rich and illustrious history, stemming back to 1885, and as the local MP I’m proud to have been able to play a role in making the facility even better.

“This is fantastic news for the people of Coffs Harbour as the flow-on effects of these upgrades will reach every corner of our community, as racegoers stay in local hotels, eat at local cafes and shop in local stores.

“I know that in the current climate we don’t want people converging on Coffs Harbour, but once we get through the outbreak we’ll welcome them with open arms, and our local businesses will enjoy the influx of tourism dollars brought to town by the races.”

Nationals Minister for Better Regulation and Innovation and Minister responsible for racing Kevin Anderson said the NSW Nationals in the state government are proud to be able to support the racing industry which is such a valuable contributor to NSW.

“Thoroughbred racing was the shining light of sport and recreation during COVID and Australia was the only jurisdiction which did not suffer widespread racing closures. In fact, under the Liberals and Nationals Government the industry charged ahead with its racing calendar, keeping thousands of people in work,” Mr Anderson said.

“Thoroughbred racing is the lifeblood of many country towns, accounting for around 14,000 jobs in the regions and contributing $1.9 billion to the state’s economy. This investment by the NSW Government will ensure those numbers keep growing with more money coming into our country towns. Under the NSW Government, NSW has cemented our position as the leading jurisdiction for racing in the Southern Hemisphere.”