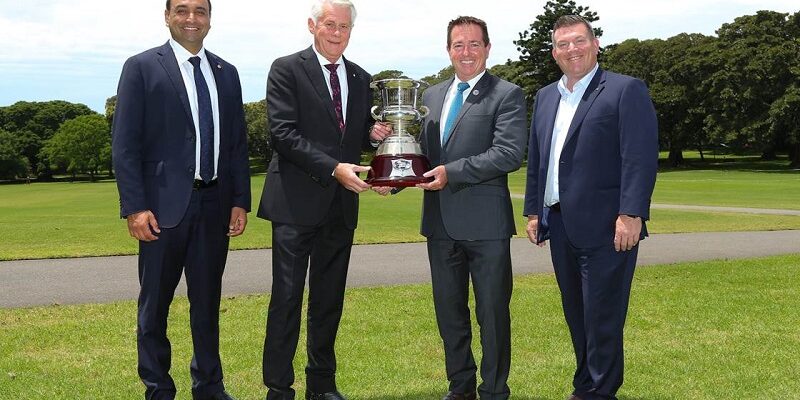 He made the announcement with fellow Nationals MPs Dugald Saunders, Gurmesh Singh, and Geoff Provest.

Mr Toole said the series will deliver significant economic and tourism benefits to regional NSW after two years of COVID disruptions, while giving golfers the chance to test themselves on some of the best courses in the country.

Each Regional Open winner will play in the NSW Open at Concord in March next year, and have the chance to follow in the footsteps of some of the greats of the game.

From Murray Downs the series moves to Dubbo Golf Club and The Western Open on November 29 and 30, followed by the Queanbeyan Open on January 6 and 7.

Moruya Golf Club again will host the South Coast Open, on January 30 and 31, followed by the North Coast Open at Coffs Harbour Golf Club on February 22 and 23.

The final event of the series, the Tweed Coast Open, will take place at Coolangatta-Tweed Heads Golf Club on February 25 and 26.

“Not only will there be a significant boost to the local economy, but golfers in regional NSW will see first-hand some of our sport’s brightest young stars,” he said.

Each event will carry a $50,000 purse (professionals only) while the top three placegetters in each (professional or amateur) will secure a start in the 2022 NSW Open.