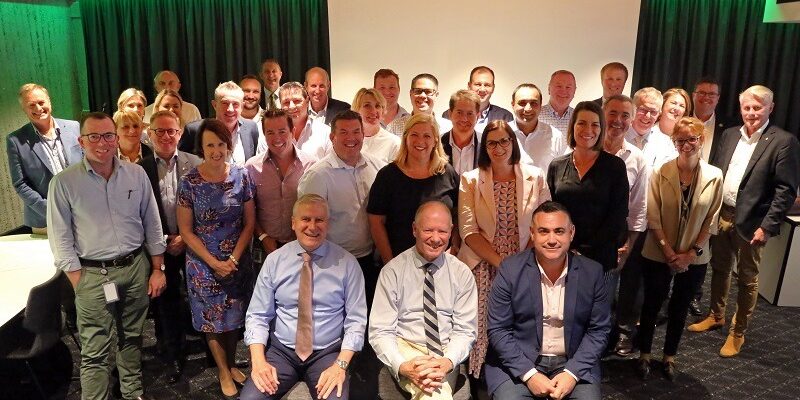 State and Federal Parliamentary members of the NSW Nationals met with the party’s Central Executive on Tuesday, January 21, 2020 to discuss a co-ordinated intergovernmental response to ensure we continue to support our regional communities dealing with the impacts of drought and the recent bushfires.

There is a commitment for co-operation between our state and federal governments, with both the Deputy Prime Minister and Deputy Premier stressing the fact that communities and individuals must get the assistance they need, such as:
• Immediate cash payments to meet urgent needs
• Food, water, fuel and sanitation
• Access to clean-up efforts
• Streamlined government processes
• Expedited recovery efforts

Reports of issues with charitable donations not flowing to people in affected areas in their entirety are gravely concerning. The meeting agreed charitable organisations must ensure all donations are properly distributed in a timely manner to those who need the support.

The meeting agreed that the concerns of people in bushfire-affected communities must be heard by local MPs and acted upon, with common-sense thinking at the heart of all responses to the fire threat. The Nationals – both state and federal – are facilitating an intergovernmental response that ensures all communities receive the support they need.

The contribution our changing climate had in the bushfires is acknowledged, however the meeting agreed it was not the only contributing factor. In particular, reducing fuel loads on the ground, clearing fire trails, streamlining hazard reduction efforts and addressing conflicting areas of responsibility between various bodies are vital to stop a similar catastrophe in the future.

Steps must be taken to allow both public and private land managers to take action that will protect lives, properties and communities from future fire threats.

Innovative solutions to reducing fuel loads also need to be considered, including grazing, traditional cultural burns, and introducing a whole-of-land-management (nil tenure) approach. The meeting agreed that there is a dire need to reduce fuel loads in areas not already burned, and not already affected by bushfires. This needs to be attended to by governments as a matter of priority.

It is clear that climate change is happening – regional communities are living it every day – and Australians want us to focus on providing practical solutions to the problem. The Nationals have an obligation to improve their constituents’ quality of life including by continuing to meet the challenges of longer and hotter summers head on. It is up to elected representatives to stand up for and protect their communities, which means getting on with the job of building dams and preparing for this changing climate.

The recent heavy rainfall events are welcome but do not break the drought. As Australians know, when it eventually rains, flooding can occur and there is a need to look beyond the immediate situation to future threats but also opportunities. This is why it has been a priority of the Nationals in Government to build water infrastructure such as dams to catch the water when it does rain, building pipelines to move water to where it is needed, and setting up programs for on-farm storage and efficiency. Construction of dams and upgrades such as those at Chaffey, Wyangala and Dungowan are being fast-tracked to give communities and farmers greater water security in the future.

There is also a major focus on practical, everyday help for drought-affected communities, including fee waivers and reductions, transport subsidies and funding for community projects.

The role of mental health practitioners is critical in ensuring communities get through the drought, but there is also a need to protect community assets such as recreation facilities and groups that play a crucial role in regional life. Ways to continue adapting the state and federal drought response were discussed and future meetings will continue to monitor needs and responses.

The meeting resolved to push on with measures, both federal and state, with the recovery funding already announced. There is also an opportunity for a co-ordinated response to drought and bushfire recovery thanks to the role played by The Nationals in both governments.

Delivering on our commitments

Australians want to be part of the solution to issues facing regional communities and it is important they are listened to. The meeting heard stories of people across New South Wales bringing forward good ideas that could be discussed and implemented. We need to make sure common-sense remains at the core of our decision-making.

The NSW Nationals – through its work in the state and federal governments – has invested in thousands of local projects that have been delivered in communities right across the state.

The unprecedented state and federal response to both the ongoing drought and more recent bushfire disaster will continue and be adapted as necessary. Members also agreed it was important to discuss the issues facing communities regardless of the state/federal split in responsibilities and work together to resolve problems.

The recovery and rebuilding efforts of both the state and federal governments have already started and resources are quickly being made available to meet urgent and long-term needs.

Rebuilding our regional communities remains the core priority of state and federal parliamentarians in the NSW Nationals.