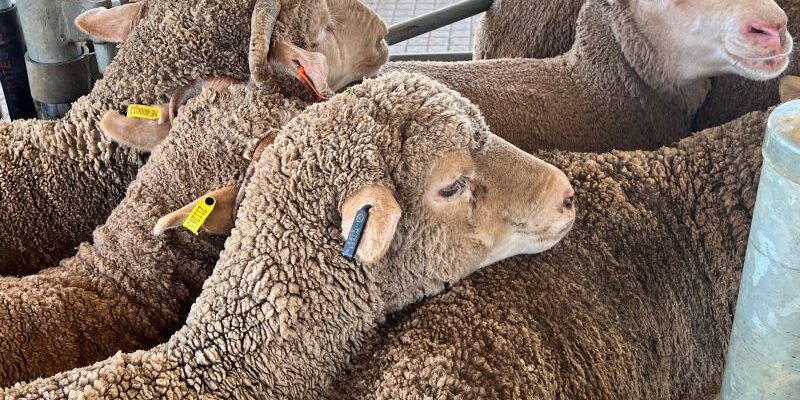 The NSW Government has released its plan to roll out electronic identification (eID) for the state’s $1.5 billion farmed sheep and goat industries.

Nationals Minister for Agriculture and Western NSW Dugald Saunders said the plan has been developed hand-in-hand with industry, ensuring a timeline that works for each sector.

“Biosecurity is a top priority for the NSW Government, and a mandatory electronic identification system for sheep and goats will be a critical part of delivering the animal traceability we need to respond quickly and effectively if we ever see an incursion of an emergency animal disease,” Mr Saunders said.

“This timeline works for our state’s producers, feedlotters, agents, saleyards and processors, which is crucial given the important role they will each play in the successful roll out.”

From 30 June 2024 meat processors will be required to start scanning all farmed sheep and goats and from January 1, 2025, scanning at saleyards will commence.

“The open and honest feedback I’ve received from producers across NSW is that while they understand the need for traceability, there has been a concern about having to deal with new tags in too short a timeframe.

“I’ve heard that message loud and clear, and my focus will continue to be on getting this right for everyone involved. That also includes a different pathway for wild-harvested rangeland goats, separate to managed and farmed goats, which is both achievable and considers the needs of the industry.”

Mr Saunders said work will continue across all sectors to determine what critical infrastructure is needed to support the implementation of a mandatory sheep and goat eID system, and how it will be funded.

“We still have some details to sort out at a state and national level, including the consideration of a national tag tender, and the upgrade of the National Livestock Identification System (NLIS) database,” Mr Saunders said.

“I’ve already called on the Federal Labor Government to match the funding we’re putting on the table, and I’ll keep pushing for that support while we work closely with all key representative bodies sitting on our NSW Sheep and Goat Traceability Reference Group.”

“As one of Australia’s most integrated processors and exporters of lamb and sheep meat products, I’m pretty happy with where we’ve ended up here,” Mr Fletcher said.

The state’s peak farming body has welcomed what it describes as a “common sense” timeline for the introduction of the tags.

NSW Farmers President Xavier Martin said the eID decision was made in consultation with producers and industry groups.

“We’ve heard from some farmers about issues around timeframes and harvested rangeland goats, and from the outset we have said producers need enough time to implement eID properly,” Mr Martin said.

“Farmers shouldn’t have to put tags in ears until they can be scanned at the saleyard and the processor, and this implementation plan will ensure the supply chain is ready to accept animals with eID devices.

“It’s important that any reforms are manageable and able to be rolled out practically, and that’s the approach we’re seeing from the NSW Government.”

The NSW Government has invested $229 million in biosecurity measures in 2022 alone – the largest investment by a single jurisdiction ever in Australia.

To read the implementation plan, or for more information on sheep and goat electronic identification in NSW, visit www.dpi.nsw.gov.au/eid.