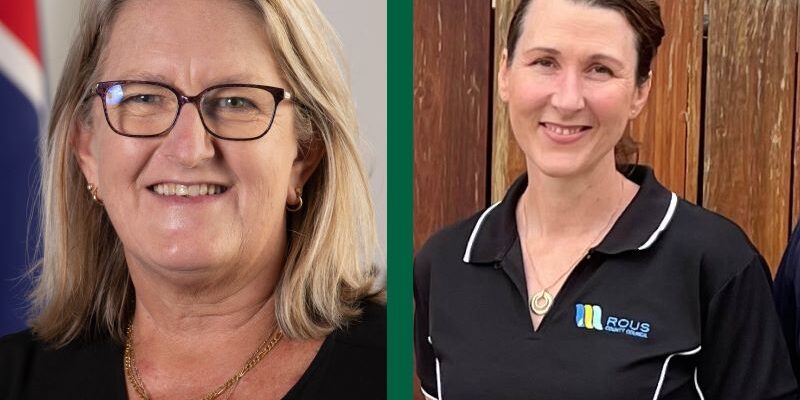 Two Northern Rivers women working in leadership roles in local government have been jointly awarded the Champion of Change Award – Regional/Rural – at the Women in Local Government awards held at NSW Parliament House.

Ms Black was nominated for the award in her previous role as Director, Corporate and Governance, at Clarence Valley Council before taking over the mantle of General Manager.

Mr Gulaptis said the annual awards recognise the accomplishments and invaluable contribution of women in councils across NSW.

“It’s terrific knowing we have real champions of change right here in the Northern Rivers and I congratulate both Laura and Helen on their commitment and dedication in driving change in their respective roles.

Nationals Minister for Women Bronnie Taylor said the achievements of the winners highlight how much women contribute to our local councils.

“All of these impressive women set an example for everyone when it comes to excellence in public service, and I commend them, along with all of the nominees,” Mrs Taylor said.

The Ministers’ Women in Local Government Awards were established in 2008 to recognise the outstanding efforts of women at the grassroots level of government in metropolitan and regional/rural councils.