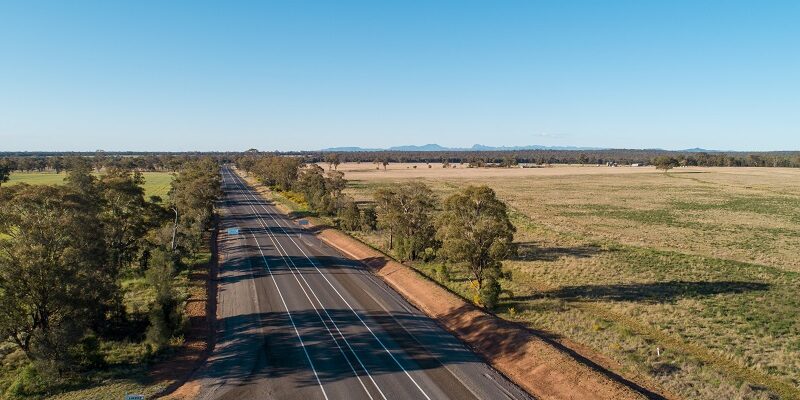 Construction of about 40 new overtaking lanes along the Newell Highway has hit the halfway mark with two lanes at Firetail now completed, lanes at Back Creek under construction, and safety work at Redbank to be completed shortly.

“We are helping to connect communities and improve safety, while creating jobs and supporting our economic recovery. To date, more than 2,400 people have been employed to work on these projects, with 870 of those being locals, delivering an important economic boost to the region.”

NSW Deputy Premier and Minister for Regional Transport and Roads Paul Toole said the Newell Highway Program Alliance was rolling out several projects from north of Moree to Tocumwal to bolster efficiencies along the freight backbone of NSW.

“These Newell Highway overtaking lanes are game changers for motorists, including one of the longest overtaking lanes in the entire state at Tap Hill opened earlier this year, providing road users more opportunity to safely pass slower and longer vehicles on this key tourism and freight route,” Mr Toole said.

“Even greater benefits will be realised when motorists can use the proposed jointly funded $187.2 million, 10.5-kilometre bypass of Parkes, on track to start construction in January 2022.”

The NSW Nationals in the state government have also committed $200 million towards works to flood-proof the Newell Highway between West Wyalong and Forbes.

“Encouraging businesses and suppliers within the region to get involved in large-scale infrastructure projects like this one demonstrates how the Australian and NSW governments are working together to make sure these projects benefit communities at a local level,” Mr McCormack said.

“Another aspect of this highway upgrade we’re proud of is the tree replanting work that is being done. About 10,000 Grey Box trees have been replanted around the project site and surrounding Grong Grong area, to replace trees removed to make way for the new lanes – that’s 10 trees for every one mature tree that’s removed.”

State Nationals Member for Cootamundra Steph Cooke said initial work had begun to establish the site at Back Creek.

“This will include installing erosion and sediment controls, removing vegetation from the site and establishing the overtaking lanes work zone,” Ms Cooke said.

“In Cootamundra, as well as the recently completed lanes at Firetail there are currently six lanes in construction at Alleena, Landervale and Back Creek.”