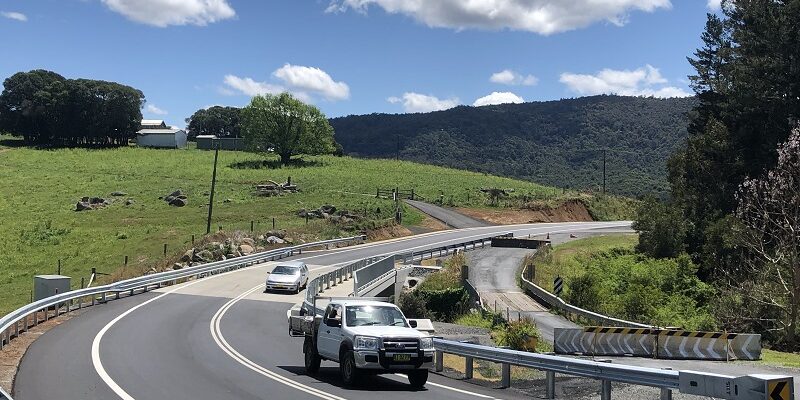 The new Deep Creek Bridge, north of Dorrigo, will save freight operators and local producers a detour of 50 kilometres by doubling the load limit of the old single-lane timber bridge.

“I know how frustrating it can be for producers trying to move freight between Megan and Dorrigo, so I’m glad we’ve been able to build the new bridge to save them a lengthy detour,” he said.

“The NSW Nationals in the federal government provided $162.53 million to upgrade or replace 186 bridges across Australia back in 2017 and it’s great to see this bridge completed.”

“The old bridge was built in the 1960s, and its poor condition would have seen a 10-tonne load limit be imposed in the future, so I’m glad load limits will not be required and that we’ve been able to deliver a safer bridge that will serve the community for generations to come,” Mrs Pavey said.

“This is another great outcome for the Bellingen Shire Council, who has now received more than $1.3 million in Fixing Country Roads funding, including the upgrade of Bielsdown Bridge, which together with this upgrade of Deep Creek Bridge, will open up Coramba Road to regional freight operators.”