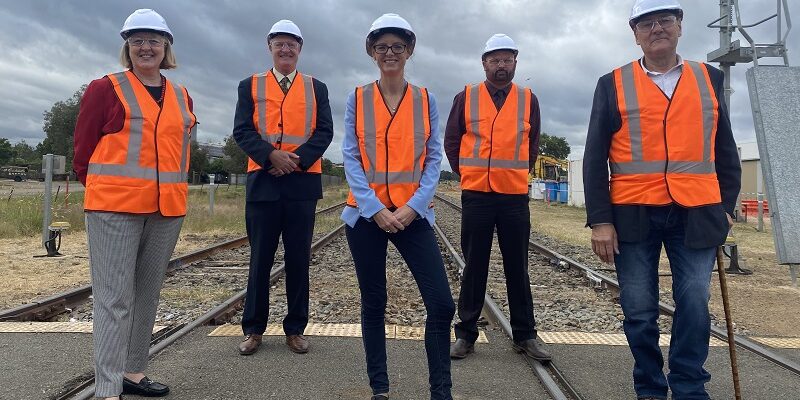 The NSW Nationals in the state government have started work on the Junee to Griffith line upgrade to improve efficiency for freight carriers and reduce costs for producers and consumers as part of the Fixing Country Rail program.

“This is a significant investment in regional rail that will upgrade 174 kilometres of rail line between Junee and Griffith, so trains carrying up to 25-tonne axle loads can use the track at improved speeds,” Mr Toole said.

“The upgrade will involve re-railing the line and will mean train speeds can increase from 50 to 80 kilometres an hour, ensuring shorter delivery times and reducing transport costs for both producers and consumers.”

NSW Nationals Member for Cootamundra Steph Cooke said the Junee to Griffith rail line upgrade will support jobs, growth and economic productivity of the Riverina’s food and fibre producers by reducing the cost of getting goods to market.

“It’s great to see work starting on this important project for the Riverina’s producers and their customers, and the boost to the local economy with 100 jobs created during the upgrade,” Ms Cooke said.

“It’s also a win for our communities, shifting more than 200,000 tonnes of freight off our roads and onto the rail network. This will mean safer roads and a stronger rail network in our region.”

Sam Knight, Director South Region Transport for NSW, said the work was due to be complete in the coming months.

“We’ve had an amazing agricultural season and this will mean some of that produce can go on rail and some farmers can reduce their freight costs by using rail,” Ms Knight said.

“We expect these upgrades to be completed by the end of the year, just before Christmas.”

Work is being carried out by John Holland, on behalf of Transport for NSW, and is due to be completed by the end of this year.