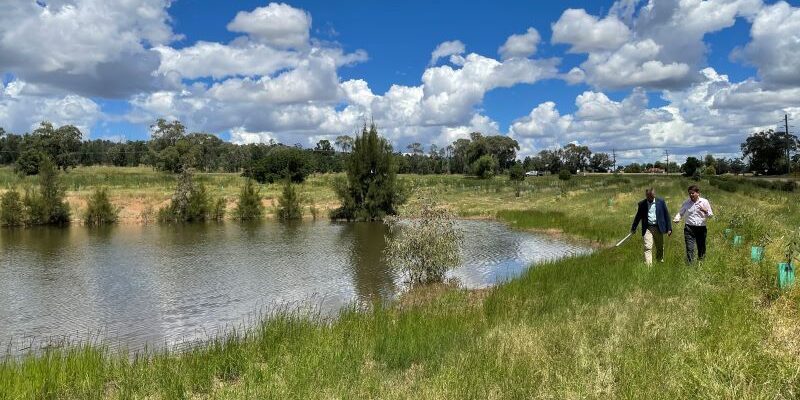 The NSW Nationals in the state government’s Resources for Region Round 9 has delivered for Gunnedah’s proposed Koala sanctuary with $5.624 million locked in to ensure work can begin on Stage 2 of the project.

Nationals Member for Tamworth Kevin Anderson said this funding is on top of the NSW Government’s $6.48 million investment from the Regional Communities Development Fund in 2018, bringing the total NSW Government investment to $12.1m.

“The Gunnedah Koala Sanctuary project is an exciting project for the Gunnedah community with real potential to drive the region’s visitor economy,” Mr Anderson said.

“We’re also focused on ensuring our local koala population is healthy, which is why the sanctuary will also include a koala hospital which will give sick and injured koalas the care and respite they need to recover.

“This is a significant investment for the Gunnedah Shire and will unlock new opportunities for local businesses and the community well into the future.”

Deputy Premier and Minister for Regional NSW Paul Toole said Resources for Regions has delivered 355 projects worth $560 million to mining communities since its inception in 2012, stimulating local economies and delivering critical infrastructure.

“The Resources for Regions program is about giving back to these mining communities that contribute so much to the NSW economy,” Mr Toole said.

“It’s absolutely crucial we continue to support regional mining towns that supply our State with the resources needed to keep the lights on and the economy moving forward, and this program is just another example of the NSW Government’s commitment to the future of our mining regions.

“I would like to congratulate Gunnedah Shire Council for putting forward this project which will make big difference for the people and organisations in this local community.”

“The Gunnedah Koala Sanctuary will provide care for injured and sick koalas and native animals, and will add to our reputation as the Koala Capital of the World,” Cr Chaffey said.

“A lot of work and planning has gone into getting the project to this stage and we are now very close to the start of construction.

“We are looking forward to the Gunnedah Koala Sanctuary playing an important role in both koala conservation and education. The NSW Government’s Resources for Regions funding will play a key role in making this happen.”

Since 2012, Resources for Regions has supported economic and social prosperity in mining communities in regional NSW, with the $140 million Round Nine expanded to support communities where gas exploration or mining may occur.