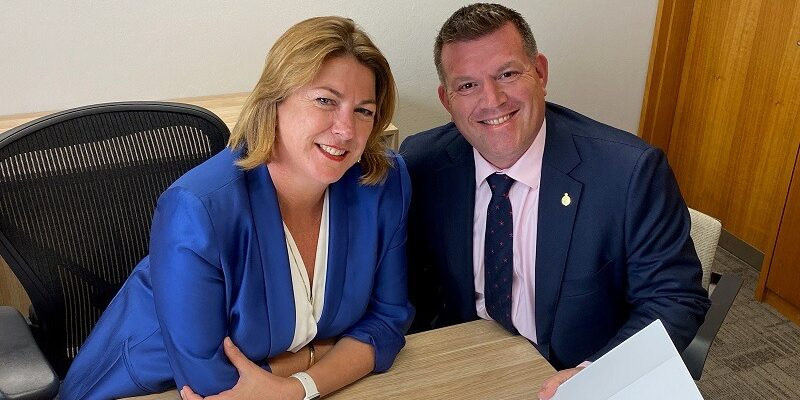 “The legislation being introduced by the NSW Water Minister Melinda Pavey is a game changer for our drought-affected communities,” Mr Saunders said.

“On Sunday, the State and Federal Nationals in Government joined to announce Dungowan Dam, Wyangala Dam and the Border Rivers project on the Mole River. This legislation will mean these projects, and others, will be delivered in faster time frames.”

The new legislation will have effect for two years and can be extended by up to 12 months by the Water Minister, where towns continue to experience severe drought risks.

Mr Saunders said that there was no guarantee that this legislation would pass the NSW Parliament, and called on people to show their support for the legislation.

“If we are to ensure we have greater water storage capacity for the next drought, we must have these dams built before the next rainfall event. The dams must be built now,” Mr Saunders said.

“To make this happen, I am calling on everyone to visit www.buildthedams.com.au and tell the NSW Parliament to pass the bill.”

The Nationals in Government are investing more than $1.8 billion to support regional communities through the drought, including more than $130 million for emergency water infrastructure projects to protect over 180,000 residents of regional towns.