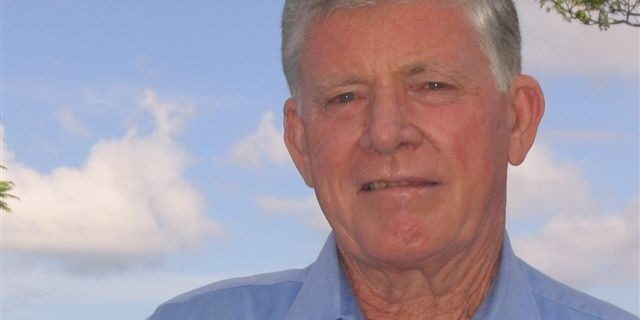 A man dedicated to the service of his community, state and country, Mr Causley had an illustrious career spanning 23 years as a National Party Parliamentarian at State and Federal levels.

Elected to the NSW Legislative Assembly as the Member for Clarence in March 1984, he held the seat until resigning in February 1996 to contest the Federal seat of Page. In the NSW Parliament he held several ministerial positions between 1988 and 1995, namely those of Natural Resources, Chief Secretary, Water Resources, Agriculture and Fisheries, and Mines. He successfully contested Page at the March 1996 Federal election, wrestling it back to the National Party from Labor and holding it until his retirement in November 2007, serving five-and-a-half years as Deputy Speaker.

Mr Causley was a man from the land, a respected canecutter and farmer. He was a stalwart of the cane industry serving in leadership roles on the Clarence Sugar Executive before entering into the foray of public life. Upon his retirement he took up the leadership mantle again and served as Chairman of the NSW Sugar Milling Co-operative for half a decade.  His knowledge and contribution to the cane industry was just as distinguished as his political career.

A passionate advocate for the communities he represented, Mr Causley was respected on both sides of the political landscape. He had strong ideals and fought for what he believed in. In his last speech in the NSW Legislative Assembly, he said that whether in government or opposition members should do their utmost by pursuing and endorsing policies that best serve their country and Mr Causley certainly led by that example.

Member for Clarence Chris Gulaptis said Mr Causley was a larger than life man who has left his mark on many people – not just in the Clarence Valley but right across Australia.

“I first met Ian about 35 years ago and was immediately intimidated, not just by his stature but by his strength of character,” Mr Gulaptis said.

“He was intelligent, confident and very forthright. He was old school Country Party and proud of it. He loved agriculture, farmers and country people and he fought for them tooth and nail. He was never afraid of speaking his mind, no matter the audience. You always knew where you stood with Ian. When I think of Ian I think of Frank Sinatra’s ‘My Way’. That’s how he lived his life.”

“Ian would always say to me in my role as an MP don’t worry if people don’t always agree with you, as long as they respect you,” Mr Hogan said.

“He was a passionate advocate for our region. May he rest in peace.”

Sadly, Mr Causley lost his beloved wife June in 2013, who was a tremendous support to him throughout his political career. Please join with us in offering our heartfelt condolences to Mr Causley’s family; in particular his four children Craig, Marcelle, Derek and Shane, his seven grandchildren and two great-grandchildren.