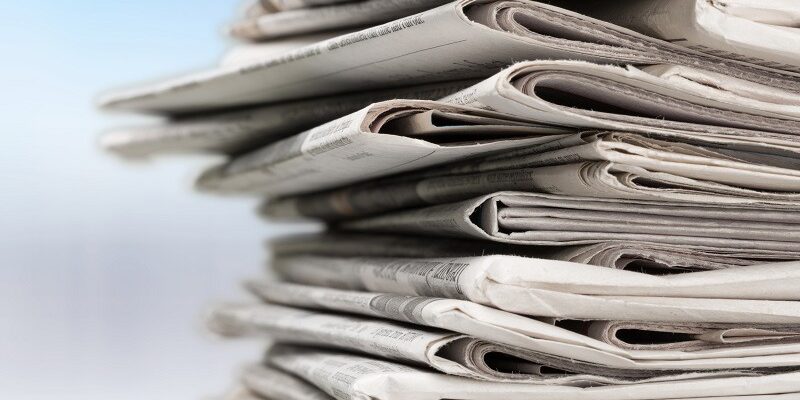 A suite of measures including short term relief and long term support have been announced to help sustain Australian media businesses through to the other side of the COVID-19 coronavirus pandemic.

The NSW Nationals were disappointed to hear of the closure of regional newsrooms because of the COVID-19 pandemic, with non-daily papers across the state the latest victims.

NSW Nationals Member for Dubbo Dugald Saunders, a former country journalist, said he was concerned by reports that Australian Community Media (ACM) was looking to shut down some of its mastheads, including some smaller ones in his electorate.

“This pandemic is providing challenges unlike any we have seen before. Every single family and business is impacted to some extent, and I am mindful of the fact that regional media companies are not immune,” Mr Saunders said.

“The Wellington Times and Narromine News are important parts of the fabric that makes up those towns, and for that matter so is the Nyngan Observer, which shares its journalist with the Narromine News.

“Our local television networks and radio stations also provide material that informs us, and it is important that every effort is made to ensure their survival.

“Through droughts, floods, bushfires and now a pandemic these outlets have been there for their communities, and that needs to continue into the future.”

“I understand in this difficult time, tough decisions are necessary but I am disappointed by ACM’s decision to leave so many of our rural and regional communities without the additional voice these newspapers provide,” Mr Fang said.

“This is yet another blow to our communities, after the loss of WIN regional news services and the crippling effects of the drought and the recent bushfire season. I particularly feel for the ACM employees and their families today, given this shock announcement.

“Having on-the-ground local reporters, delivering news to our regional communities is a vital service and any decision to cut these services represents a blow to the areas they have covered for many decades. These mastheads have become part of their towns and are relied upon by so many.

“I am particularly disappointed at this decision given only last week, the Federal Government announced a $5 million boost to support regional journalism and to keep vital communication channels open.”

Mr McCormack, who started his career as a journalist and later editor of a country newspaper, said the Federal Government was waiving spectrum tax worth $41 million for commercial television and radio broadcasters for 12 months, investing in regional journalism with a $50 million Public Interest News Gathering program and providing short-term red tape relief with the emergency suspension of content quotas for 2020.

“During times of crisis, the public rely on media reports to stay up-to-date and informed as the world we live in changes drastically in response to that crisis,” Mr McCormack said.

“All media outlets have reported a significant downturn in advertising revenue which is causing additional financial pressure, particularly on regional publications and broadcasters.

“As a former regional newspaper editor, I can’t overstate the value of local voices reporting local news for local people and providing employment opportunities for those communities.

“I am calling for ACM to guarantee and commit that these non-daily news services will be reinstated by June,” Mr Fang said.

“We also need to have a broader conversation about how the social media and online companies, who use the content produced by our community newspapers and media organisations and the means by which they can support those news services for the use of that content.”

Mr Saunders said he was unashamedly a son of regional media, and he had staff members who also got their starts in the game.

“We all have friends in regional media who are impacted. But it’s not just for personal reasons that this is an important discussion to have right now,” he said.

“The media landscape has changed dramatically over the past few years – there is no escaping that. There has been a massive push towards online content, and advertising revenue across all mediums has been harder than ever to come by.

“At the same time staff at our regional media outlets are being asked to do more with less. They are hard-working people who contribute so much to our communities and they deserve our support, especially now.”