My way and the highway at Ulmarra McLean 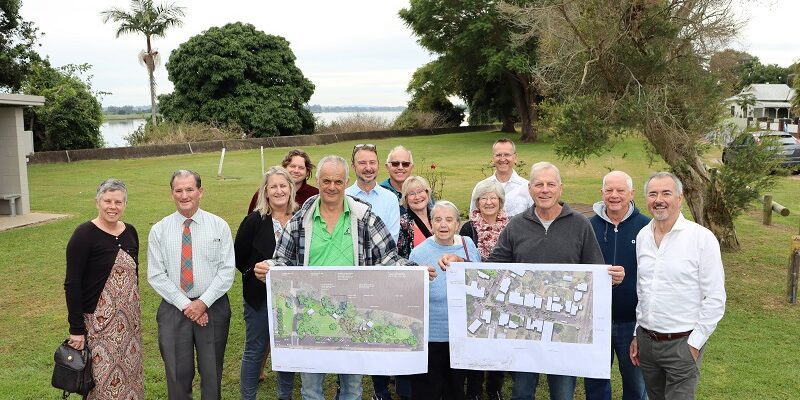 The Clarence Valley communities of Ulmarra and Townsend/Gulmarrad are about to become even more visitor and resident-friendly, thanks to $3 million in post-Pacific Highway public works grants from the NSW Nationals in the state government.

Nationals MP for Clarence Chris Gulaptis has made the announcement, along with Clarence Valley Mayor Jim Simmons.

“As a former road surveyor, I encouraged the Nationals in NSW Government not to repeat the mistakes of the past, when bypassed towns were left to fend for themselves with fewer visitors and crumbling road infrastructure,” Mr Gulaptis said.

“We did that first by fixing and upgrading the old highway, aka Big River Way, and now by funding two terrific community projects Clarence Valley Council has come up with.”

Mayor Simmons said the partnership with the NSW government was critical in ensuring a smooth transition for bypassed communities.

“We listen to locals and develop great plans for the future but it is only by working with Chris and his government that we can actually deliver on the ground,” Mr Simmons said.

The first project is a foot and bike path that will link the communities of Townsend and Gulmarrad to Maclean from the existing pathway built as part of the highway upgrade at the Maclean interchange.

Mr Gulaptis said the Ulmarra project would see the further beautification of the historic riverside town.

“Ulmarra is just going to get better and better without the B-doubles, becoming a destination in its own right, rather than just a nice place to ‘stop, revive & survive’ on your road trip,” Mr Gulaptis said.

The funding comes from the NSW Nationals in the state government’s $250 million Public Spaces Legacy Fund as part of COVID-19 Recovery Plan.