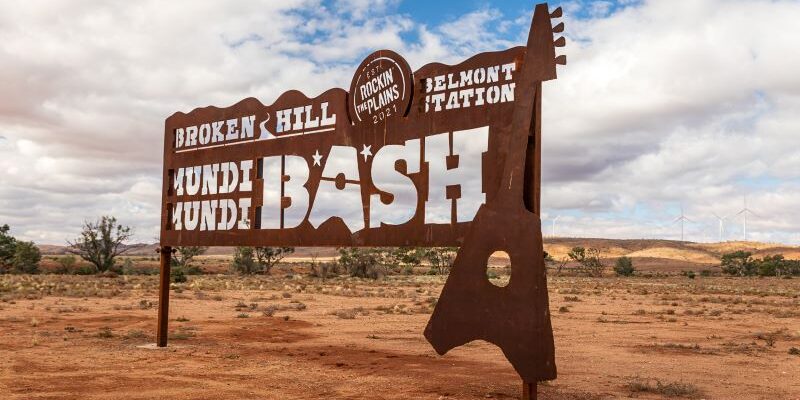 Australia’s iconic Midnight Oil will headline the Mundi Mundi Bash near Broken Hill in the only outback performance of the band’s final tour, thanks to a $200,000 grant from the NSW Nationals in the state government’s Regional Events Acceleration Fund.

Deputy Premier and Minister for Regional NSW Paul Toole said the support would bolster tourism in the region with the three-day festival to draw an estimated 9,000 visitors to western NSW.

“Catching one of the country’s greatest bands play on the red dirt for the final time, against one of the most spectacular backdrops regional NSW has on offer, cements the outback as a tourism hot spot,” Mr Toole said.

“Helping organisers host world-class events in their own backyard delivers on our commitment to drive investment and tourism in the regions.

“This fantastic event will be able to be enjoyed by people of all abilities, with an additional $50,000 of funding going towards accessible flooring to help those with wheelchairs or mobility devices to move across the desert sand, as well as accessible toilets for people with disability.”

Nationals Minister for Western NSW Dugald Saunders said the event is the biggest ever live music concert to be staged in outback NSW.

“The Mundi Mundi Bash is an unmissable couple of days for people of all ages to enjoy, and will include Australian music greats like Jimmy Barnes, Missy Higgins, Kasey Chambers and Midnight Oil featuring as the headline act,” Mr Saunders said.

“Not only will some of our best local talent be on display, but also the incredible Mundi Mundi Plains north-west of Broken Hill, with the rugged Barrier Ranges as the backdrop.

“People will travel from all across the State and the country to attend this event, stopping in at some of our smaller communities like Hermidale, Menindee, Cobar, Nyngan and Bourke,” Mr Barrett said.

“We know that these visitors will spend money in local stores, fill up at a local service station, grab a bite to eat at a local café or roadhouse, and spread the word about how great western NSW is.”

“I’m very much looking forward to revisiting the Mundi Mundi Plains, where the ‘Beds are Burning‘ clip was shot and playing for a special gathering of pilgrims listening to new music, and the soundtracks of their youth under an endless Australian night sky,” Mr Moginie said.

Jimmy Barnes has also expressed his excitement saying there’s nothing on earth like the middle of Australia.

“The band and I are really looking forward to kicking up some red dirt with everyone. It’s a long way to drive but it’s going to be worth the trek,” Mr Barnes said.

The festival will feature a range of activities including an attempt to break the World Record for the Nutbush City Limits dance and the ‘Mundi Undi’ fun run, to raise funds for the Royal Flying Doctor Service.

Applications for Round Two of the Regional Events Acceleration Fund are now open and close 5pm Tuesday, October 4, 2022.

For further information, including program guidelines and eligibility criteria, go to: nsw.gov.au/REAFund

For information on the Festival go to https://www.mundimundibash.com.au/aug2022/home#