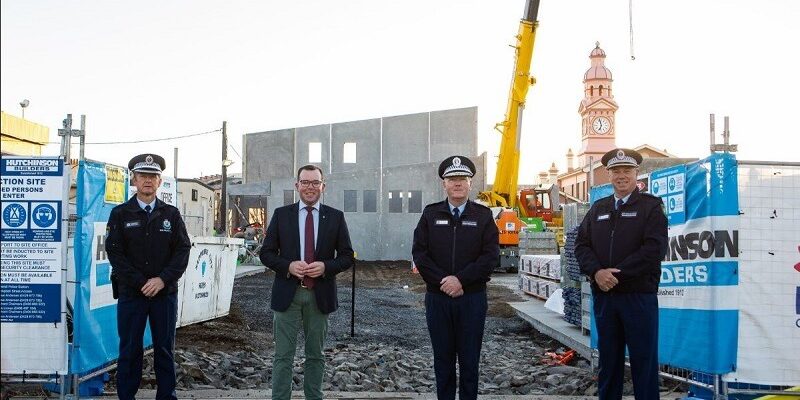 “I took the opportunity to push for a full complement of officers, once the $16 million police precinct is complete, and the placement of a police dog unit in the region,” Mr Marshall said.

“When we started on the journey to secure funding for a new station it was always with the intention of bringing all Inverell’s policing assets under one roof and supporting a growing local police force.

“The new building is large enough to comfortably cater for more than 60 local officers, and I want to start the discussion now about how we work towards filling every one of those positions, so the building is utilised to its full potential.

“I also renewed my call for a NSW Police Dog Unit to be based out of Inverell, as a matter of some urgency.”

In 2018, when the designs were being drawn up for the new Inverell Police Station, Mr Marshall expressly asked for provisions to be made for a Police Dog Unit, which would support officers across this region.

“The New England Police District has never had a dedicated dog unit based here and it’s about time we had one to boost policing in the region and the capability of our men and women in blue to keep the community safe,” Mr Marshall said.