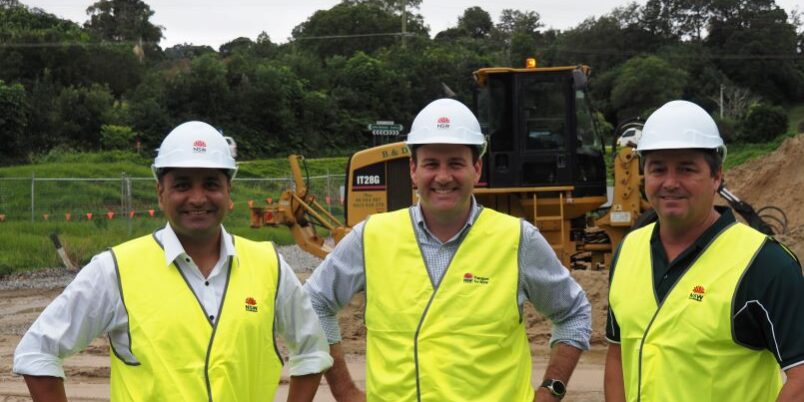 Contractors delivering the early works for the $2.2 billion Coffs Harbour bypass are on schedule, with more than half of the structures demolished and ready for major work later this year.

Federal Nationals Member for Cowper Pat Conaghan said the bypass, funded by the NSW Nationals in the state and federal governments, would provide enormous benefits to the Coffs Harbour region during construction and ongoing benefits once delivered.

“Much of the work we have done so far is out of the community’s view, but there has been plenty going on,” Mr Conaghan said.

“The project team has been carrying out at-house noise treatments, relocating essential services like the Rural Fire Service shed and removing structures so when major construction work starts the successful contractor can hit the ground running.

“While there is still a lot to do, the team has already relocated 1.4 kilometres of Essential Energy services, 2.5 kilometres of water mains and 11.8 kilometres of telecommunication cables.

“Work is about to start on relocating water mains, power and telecommunication lines south of Englands Road to Stadium Drive, along Coramba Road, and in the Korora region between James Small Drive, Opal Cove Golf Course and Coachmans Close to Beachview Drive.

“More than 60 structures need to be removed for the build to start and at least half of those are already gone.”

NSW Nationals Minister for Regional Transport and Roads Sam Farraway said he was excited that local contractors were successful in securing most of the early work.

“The four packages will allow for at-home noise treatment for some of the 619 properties identified, with additional packages to be awarded over the next two years.

“Local contractors are already benefiting from about $40 million already spent, and there have been 166 contracts awarded directly with Transport for NSW, with a significant proportion going to companies in the region.

“The tender assessment process is progressing well and an announcement on the successful major contractor is expected mid-year, with major construction work expected to start early next year.

State Nationals Member for Coffs Harbour Gurmesh Singh said the Coffs Harbour bypass was a major win for jobs and the local economy.

“The bypass will shave nearly 12 minutes off travel time, remove 12 sets of traffic lights and keep 12,000 vehicles out of the CBD each day,” Mr Singh said.

“It will make our city a better place to live and will reinvigorate the old highway corridor.”