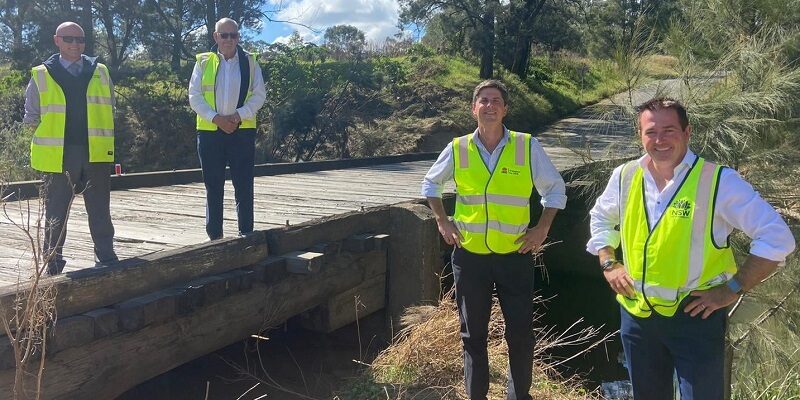 Mr Layzell said local roads have been a massive issue for Dungog Shire for many years, but the NSW Nationals in Government are working with council to fix this.

“The NSW Nationals in Government have already announced more than $16 million under the Fixing Country Bridges program to replace 23 aging timber bridges with structures that are safer, stronger and more resilient to natural disasters like fires and floods,” Mr Layzell said.

“This commitment to Dungog and surrounds won’t only mean better bridges but drastically reduces the financial burden on council for maintaining the old bridges,” he said.

Dungog Shire Council will also receive more than $5.4 million through the first two rounds of the Fixing Local Roads program which is helping council repair, maintain and seal priority local roads across the community.

Nationals Regional Transport and Roads Minister Paul Toole said “We know it’s the small projects that sometimes make the biggest difference to communities particularly when it improves the local roads that locals use each and every day, to get to work, to school, to the shops or home again.”

“The NSW Nationals in Government have an additional $300 million of Fixing Local Roads funding which is yet to be rolled out with round 3 of the program expected to be opened in the coming months,” he said.