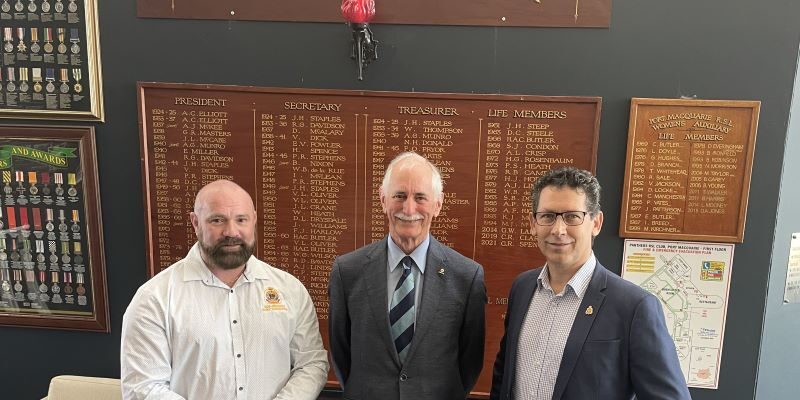 Despite having one of the largest cohorts of returned servicemen in the country, the Mid North Coast has been completely overlooked in the recent allocation of funding for Veteran Wellbeing Services in NSW as announced by the newly elected Federal Labor Government.

Federal Nationals Member for Cowper Pat Conaghan said the NSW electorates overlooked in the scheme are all conspicuously National Party seats; the others being Page, New England and Lyne.

Mr Conaghan secured a $5 million commitment from the former Coalition Government in April 2022, with the funds to be allocated from the existing Federal 2022 budget. Labor has now overturned this decision, seemingly reallocating the funds to Labor seats elsewhere.

Mr Conaghan is calling on the government to reconsider its decision, throwing his support behind the many Veterans’ Wellbeing Groups within his electorate which have worked tirelessly to create a proposal for the most cost effective and practical solution to veteran support for the region.

“To hear the news that the entire Mid North Coast has been left out of the recent funding decision is gut wrenching. How a region such as ours, boasting some of the highest numbers of Vets in the country has been overlooked is beyond comprehension,” Mr Conaghan said.

“The work that our local veterans and I had done together would have seen a hub and spoke model service the whole of the electorate, not just one location. We know from experience that it is vital that this model is adopted to ensure that all our veterans receive the attention and care they deserve. I sincerely hope this is not an indication of things to come for our community from the new government, and that we can have this funding returned.

“I am calling on the newly appointed Minister for Veterans’ Affairs to reconsider his decision and show a true bipartisan approach to the support of those men and women who have served this country. Our veterans should not be disadvantaged simply because their postcode does not fall within a Labor seat. These decisions must be needs-based, not political point scoring. Five million dollars to support the wellbeing of veterans and their families for many years to come does not seem like a big ask.”

Mid North Coast Veterans Wellbeing Network Vice President Justin Poppleton has been advocating for the needs of veterans from Grafton to Taree and was integral in creating the Veterans’ Wellbeing Centre proposal for the region.

“To know that we have one of the largest veteran populations in the country but haven’t made the updated list for a physical centre is disappointing. Our community was originally promised the five million from the Department of Veteran Affairs based on our Veteran numbers, so to have this now taken away doesn’t seem to uphold the aim of delivering a better future for everyone in the veteran community,” Mr Poppleton said.

Since then, 11 different ex-service organisations have now joined forces to create a more wholistic approach for the broader Mid North Coast.