“John McEwen House and the company that built it” 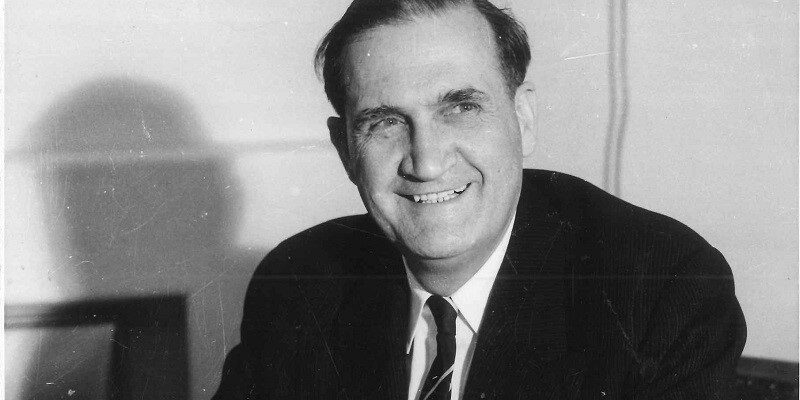 Sir John McEwen has been described as one of Australia’s most influential politicians.

Born in country Victoria, his struggle through drought and depression defined his character and drove him into rural politics.

After gaining prominence with the Victorian Farmers’ Union, he became the federal member for Echuca in 1934.

In 1958 he became leader of the Country Party – a position he held until his retirement from politics in 1971 – and was also Deputy Prime Minister.

He was a minister for 24 years of his 37 years in Parliament, holding portfolios including Aviation, External Affairs, and Trade and Industry.

He became Australia’s Prime Minister – sworn in with full authority – following the disappearance of Harold Holt on the 17th of December 1967.

It was a position he held for 23 days until Sir John Gorton became Prime Minister on January 10, 1968.

National Party historian and author Paul Davey said McEwen was “Country Party through and through.”

Paul Davey said when McEwen was Prime Minister there was considerable support for him to continue in the role, which would have required him to become a Liberal – something McEwen described as “unthinkable.”

Paul Davey has just released a new book entitled “John McEwen House and the company that built it.”

It details the financial challenges and sometimes conflicting political priorities that emerged in developing and maintaining the National Party’s federal secretariat in Canberra, John McEwen House, for more than 50 years.

It was McEwen who first told the then Australian Country Party federal council in January 1964 that it needed a ‘standing secretariat’, to match those of the Liberal and Labor parties.

This led to an extraordinary fund-raising drive across all levels of business and industry. John McEwen House was built, virtually debt free, and opened by the then Prime Minister, John Gorton, on 4 November 1968.

It was redeveloped from a single to three storey building in 1996 and re-opened on 8 November that year by McEwen’s widow, Lady Mary McEwen.

John McEwen House was sold in April 2020, with the sale including the condition that the name of the building be preserved in perpetuity.

Published by The Page Research Centre, “John McEwen House and the company that built it” was researched and written by Paul Davey, who has written several books on National Party history.

The book costs $25.00 plus $11.00 post and packaging and may be ordered from The Page Research Centre via this link.