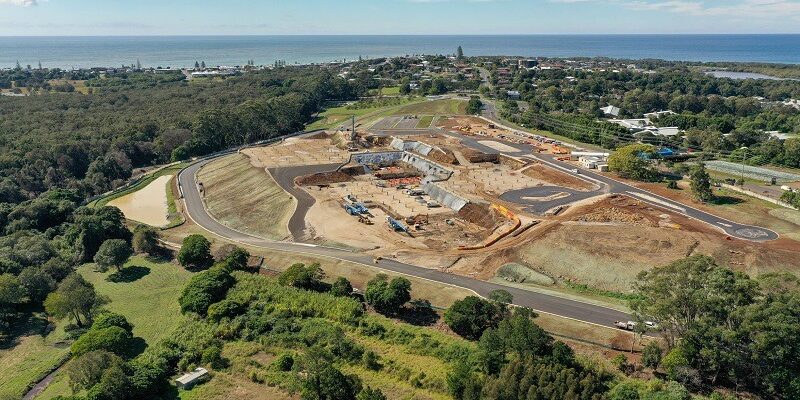 More jobs are set to be created for local businesses as construction continues on the new $673.2 million Tweed Valley Hospital Development.

Tweed based civil construction business CD Excavations has won one of the final contracts to deliver early works on the project.

NSW Nationals Member for Tweed Geoff Provest said the hospital build was providing employment for locals and a facility the whole community can be proud of.

“These early works are vital to prepare the site, they are literally building the foundations of what is the largest health capital investment in regional NSW history,” Mr Provest said.

Craig Wills from CD Excavations said getting the contract is a huge vote of confidence in the local construction industry.

“Already, we’ve put on 30 workers at Kingscliff. These workers take great pride in helping to build a hospital that will be there for them, their children and their grandchildren – for generations in the Tweed,” Mr Wills said.

Tweed-based CD Excavations has already completed roadworks and initial site preparation and main construction works are expected to start by the end of the year, following the award of the main works contract.

To see the construction progress made on-site as part of the early works, visit the project website www.tweedvalleyhospital.health.nsw.gov.au.