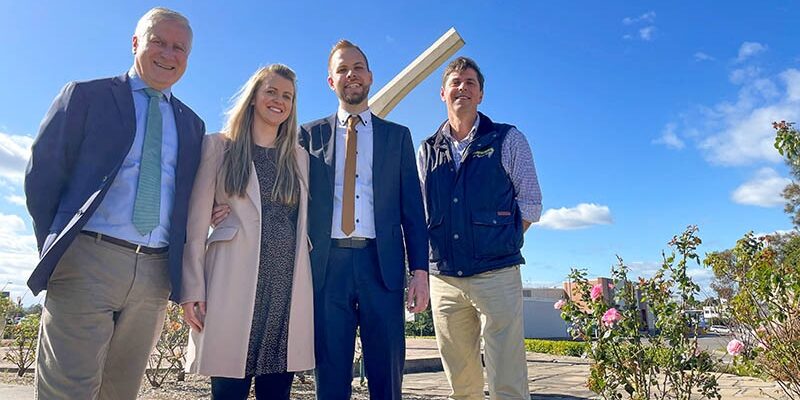 Maitland Christian School community relations officer James Thomson has been preselected by grassroots party members as The Nationals’ candidate for Hunter at the next Federal election.

Deputy Prime Minister and Leader of The Nationals Michael McCormack said Mr Thomson was committed to fighting for the Hunter region, families, local jobs and a safe and secure future.

“The Hunter is a diverse and vibrant region of world-famous vineyards, horse studs, and nationally significant industry,” Mr McCormack said.

“Whether it is our hard-working coal miners, small business owners, or award-winning primary producers, James is dedicated to securing the future prosperity and jobs for all who call the region home.”

Federal President of The Nationals Kay Hull said the people of Hunter deserved a local representative who would stand up in Canberra and fight for the betterment of the regions.

“James believes in the future of our regional economies, particularly in the Hunter,” Mrs Hull said.

“He understands that regional communities are the backbone of our nation and that they need a strong voice in Canberra that is not going to sell out to big city thinking.”

NSW Nationals Chairman Andrew Fraser said The Nationals were a grassroots party who were relentless in their pursuit to serve their communities.

“He understands the issues of this crucial regional seat and is determined to do everything he can to put the people of the Hunter first.”

Mr Thomson said he was already working to secure the future of the Hunter region.

“Every day, I have the people of the Hunter foremost in my mind, especially the next generation of Hunter citizens and regional Australians,” Mr Thomson said.

“We need to ensure that there are jobs in the regions moving forward and I know The Nationals are unwavering in this belief as they lay the economic foundations for regional, rural, and remote areas to thrive well into the future.”