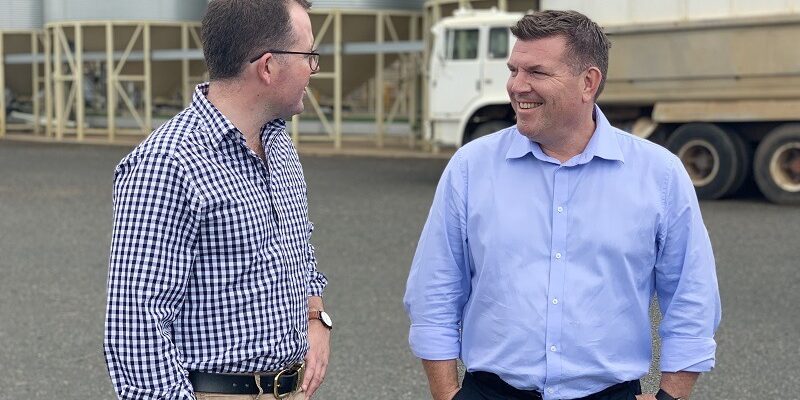 While the world is dealing with COVID-19, and parts of NSW rebound from the summer’s devastating bushfires, NSW Nationals Member for Dubbo Dugald Saunders said it is timely to remember that more than 75 per cent of the state is still in some level of drought.

Mr Saunders said a significant amount of money has been invested to support people in regional NSW, and that support will continue.

“There is no doubt that as a government we have had a lot to deal with over the past few months,” Mr Saunders said.

“But let me be very clear, drought has not been forgotten. Thanks to strong financial management we have been able to support people through bushfires and now coronavirus, but that has not come at the expense of supporting people in drought-ravaged parts of NSW.

“There has now been almost $1 billion invested in regional NSW in the current financial year, to help primary producers and communities through the drought. That funding has been made available in a variety of ways, and although I realise not every single primary producer has been able to qualify for everything available, there has been a huge effort made to help as many as possible in the right way.”

As part of the NSW Nationals in Government’s drought response more than $186 million has been spent on the drought transport subsidy while the Farm Innovation Fund has seen in excess of $436 million returned to regional communities.

Almost $100 million has been distributed through the Drought Assistance Fund, and in excess of $100 million worth of Local Land Service rates and Fixed Water charges have been waived.

“I am in constant contact with the Minister for Agriculture and Western NSW, Adam Marshall, and we agree on the need to keep supporting our farmers and rural communities,” Mr Saunders said.

“Parts of the region have received good rainfall in recent times, and although I’m mindful the drought certainly isn’t over, there is also the need to be able to help primary producers transition into drought recovery in the best way possible.”

More information on the assistance available from the NSW Nationals in Government can be found by visiting www.droughthub.nsw.gov.au.