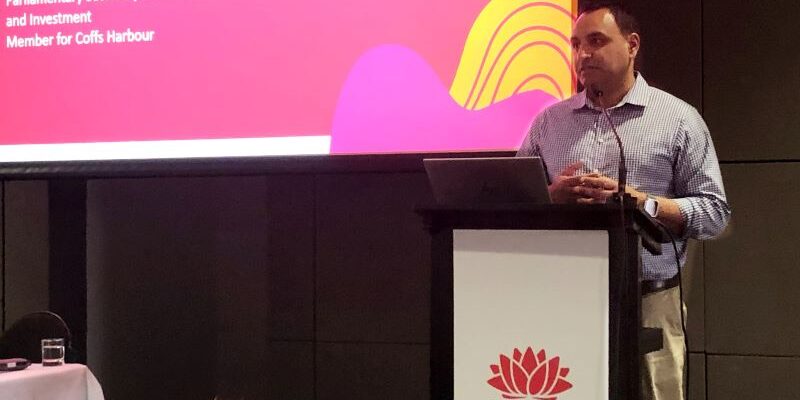 More than 250 North Coast industry leaders have taken part in a forum to learn how they can help deliver the Coffs Harbour bypass.

Nationals Member for Coffs Harbour Gurmesh Singh said the bypass is the biggest single piece of infrastructure ever delivered in the Coffs Harbour region and it was encouraging to see so many business and industry leaders wanting to be involved in the project.

“The $2.2 billion bypass project is being funded by the Australian Government and the NSW Government, both of which are keen to see benefits flow to the Coffs Harbour region during and post construction,” Mr Singh said.

“The project team, together with the joint venture partners Ferrovial Gamuda, hosted an industry event last week to outline how businesses from across this region could be involved in the project.

“The response was fantastic and shows how much interest there is locally in this transformational project for Coffs Harbour.”

“This project is the biggest infrastructure project in the city’s history and will deliver a faster commute for motorists who will be able to avoid 12 sets of traffic lights,” Mr Farraway said.

“The NSW Nationals in the state government are building what matters for regional NSW and the benefits of a project like this will be felt for years to come.

“By engaging with businesses in the region we can ensure we support locals and boost the local economy.”

This was the second industry event for the new Coffs Harbour Bypass with the first one held last week. Approximately 40 people attended the initial workshop aimed at connecting Aboriginal businesses from the Coffs Harbour area directly with the joint venture.

Attendees got an update on the project and procurement look ahead during an open and collaborative discussion with these businesses.

This included discussion about capability, skills and training, partnerships and procurement support, and provided an opportunity for attendees to hear about the experience of Aboriginal businesses on other roads and civil projects.

Much of the early work on the project is complete, ready for major construction to start with the bypass expected to be open to traffic in late 2026 with construction completed in 2027.

The NSW and Australian Governments are jointly funding the $2.2 billion Coffs Harbour bypass.

More information is available at: www.pacifichighway.nsw.gov.au/coffsharbourbypass.