Iconic Bridle Track repair underway thanks to Nats in government 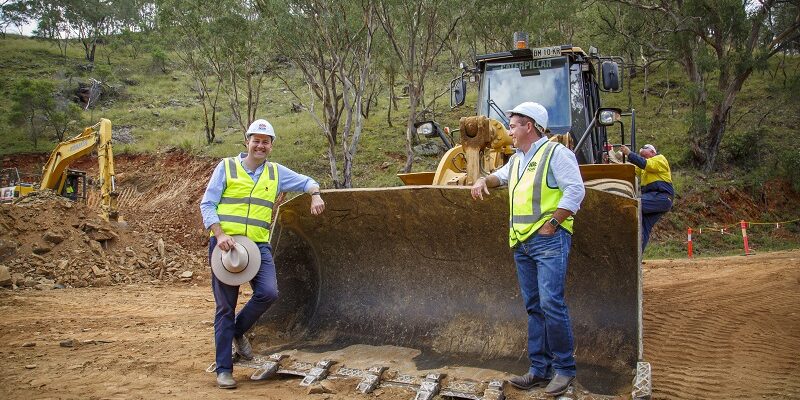 NSW Nationals Member for Bathurst Paul Toole has turned the sod on the Monaghans Bluff detour, paving the way for work to reopen the Bridle Track.

For years the Bridle Track linking Bathurst and Hill End has been closed to traffic due to rock slides, which has made the road impassable at Monaghans Bluff.

Mr Toole said it had been a drawn-out process as there were a number of significant steps that had to be followed to get to this stage.

“The NSW Nationals in the state government have committed $2 million for this iconic road to be reopened,” Mr Toole said.

“The funding was made available to Bathurst Regional Council to go towards allowing vehicles to once again complete the 60km journey between Bathurst and Hill End.

“The Bridle Track is a favourite with four-wheel-drive enthusiasts, campers and anglers, and is an example of how heritage tourism can benefit the region.

“Reopening the Bridle Track brings with it significant economic benefits to the region, including the village of Hill End.

“The campgrounds along the route are a lure for locals and visitors alike and present a number of opportunities to bring outdoor enthusiasts to the area.”

Mr Toole said the Bridle Track dated back to the early 1800s when it was a horse route for stockman, but become a very busy transport corridor when gold was discovered in the Turon Valley and was used by those wanting to strike it rich during the gold rush.